All RWBY Father Figures That Left and Didn’t Come Back, Like My Dad 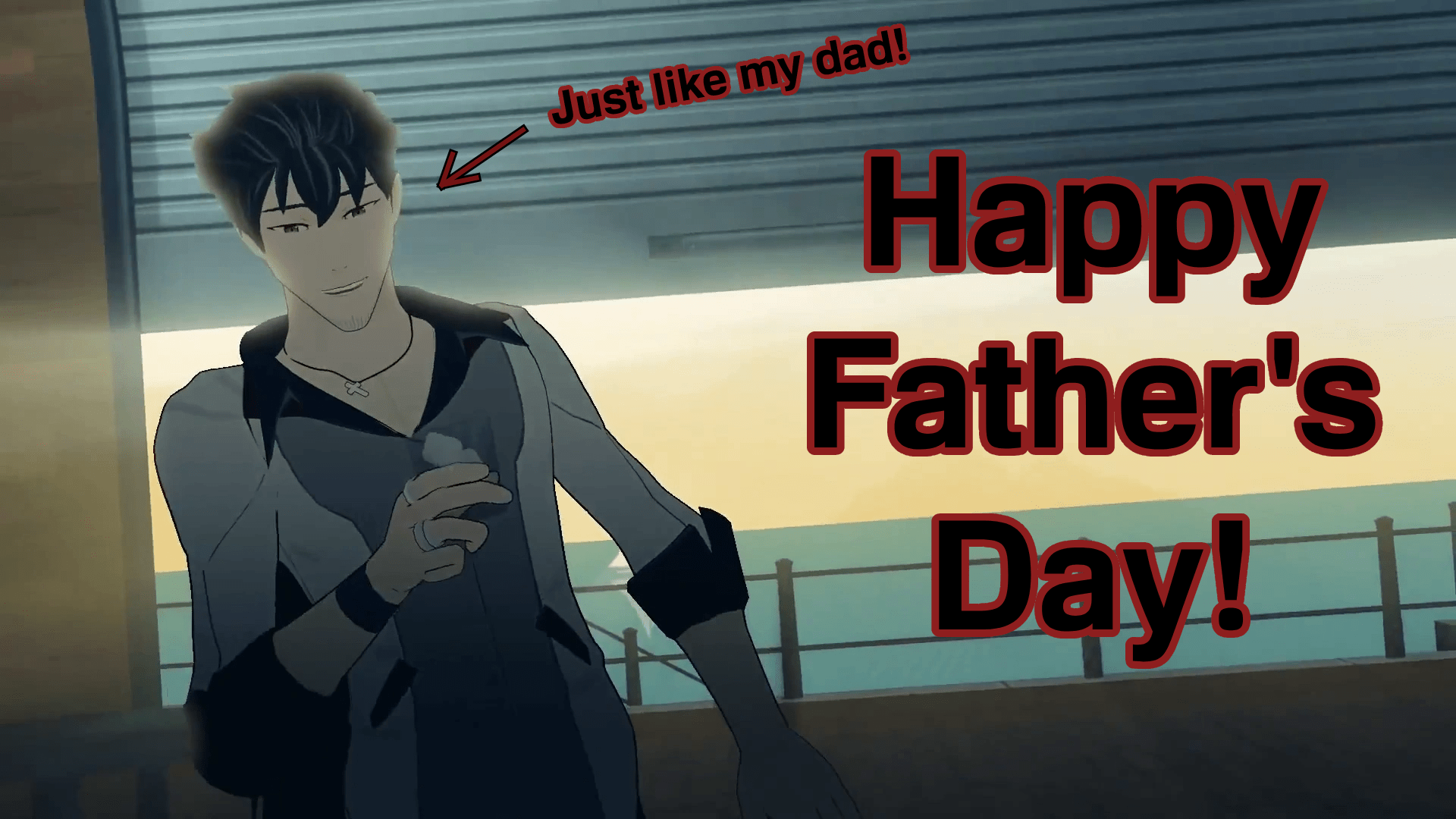 Happy Father’s day! Let’s honor all dads and dad-like-figures in our lives by celebrating dads in RWBY that have something in common with my dad – leaving and never showing up in my life ever.

Left to: get some tissues.

This dad is kind, energetic, hard working, caring and filled to the brim with dad jokes – so totally unlike my dad. We last saw him in Volume 8 Episode 5 “Amity”, where he cried when he saw Ruby contact Remnant. Again, totally unlike my dad, because if he saw me, I’d be the one in tears.

Left to: reform a cult

A strong, reliable but deeply affectionate dad. He’s a bit awkward around his teenage daughter, but always has her best interests in mind. When my therapist asks to describe a perfect dad, its thanks to Ghira that I start with “So he’s part panther…”

Left to: have some fans forever deny his death

Ironwood is physically at his peak, but mentally kind of a mess. He’s also half-robot and dead. And while most of these things don’t apply to my dad, Ironwood will have people screaming “daddy” for a long time.

Left to: get a better view of Atlas

Pietro truly is the kindest soul – he cared for his mechanical daughter so much he split a part of his soul for her – twice! He was also last seen in “Amity”, but in his case he was left on top of the falling Amity Communications Tower, never to be seen again…

Left to: star in a better show

Klein is like a super dad, it’s just that he has multiple personalities. That’s basically like having seven dads in one! When you consider that most people only have 0-2 dads, the Schnee kids must be really lucky. Especially when you consider their real dad…

Left to: have a speaking role in the books

Arslan, despite not being a man in a traditional sense, is definitely the father figure of her team. Honestly, she’s probably the mother figure too, considering how mighty cool and powerful she is, while also exhibiting incredible traits as a leader. Personally, I’d love to play catch with her. She also really reminds me of my dad – she speaks little and has a wicked strong punch.