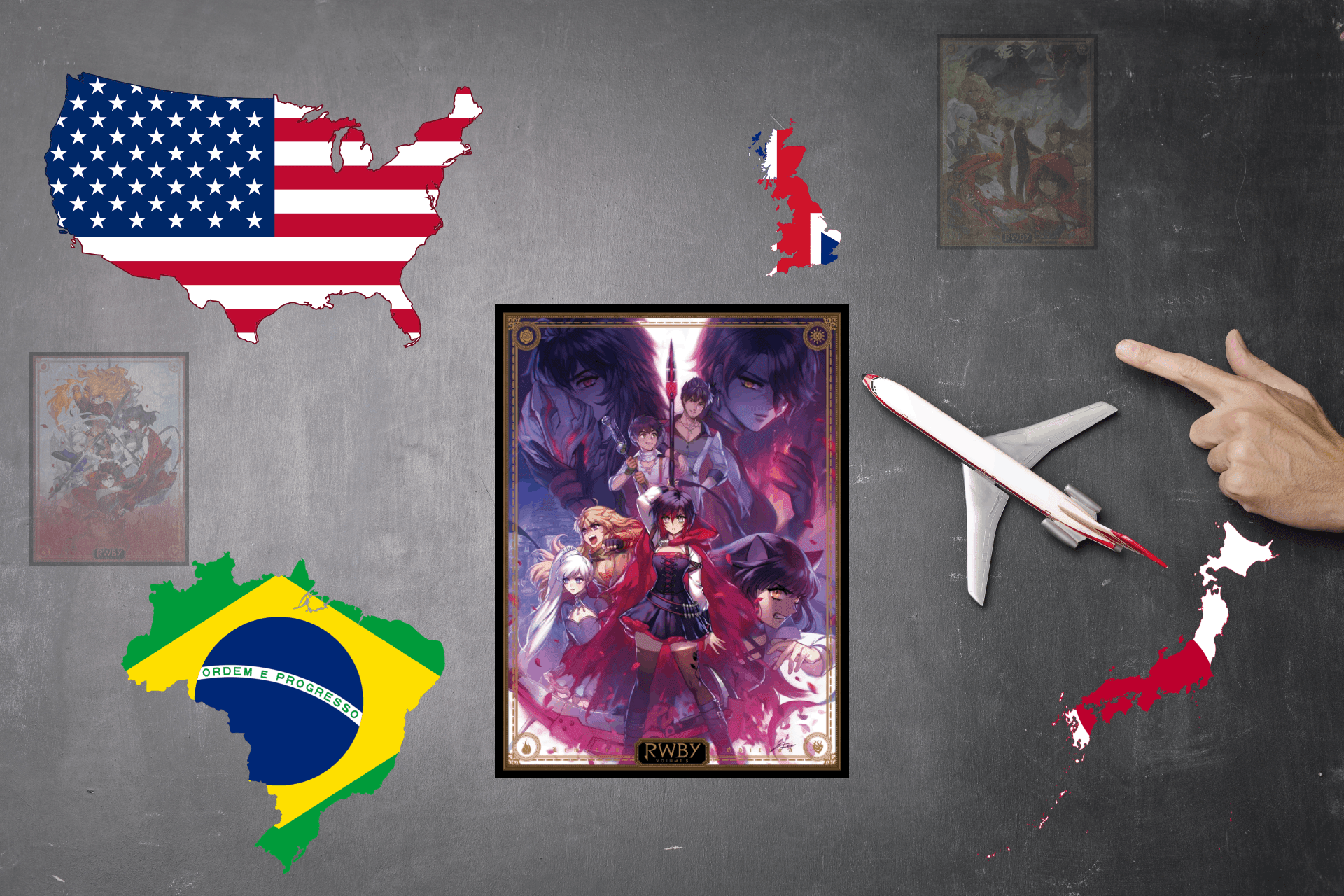 The RWBY Volume 5 Japanese Blu-Rays were released on August 25th and, according to our sources, have been a fairly big success, especially considering the original release finished airing three and a half years ago, on January 20th, 2018. Bewildering retailers, however, is the fact that out of thousands of copies of Blu-rays sold, only 6 were shipped to Japan.

Japanese retailers claim that the vast majority of RWBY Volume 5 Japanese Dub Blu-rays were shipped to the United States, with Europe, Canada, Australia and South America rounding out the rest. In fact, for every 100 copies sold, 71 were shipped to the US, 8 were shipped to UK and Canada, 5 to Australia, 2 to Germany and Brazil and the rest to other countries. In this spread, 0.2 copies would be sold to Japan. If this wasn’t obvious, the V5 Japanese dub is only in Japanese and is sold by Japanese stores.

Kunio Goto, the director of sales at a moderately sized Japanese retailer CDPro JP has released a statement on the company’s website, sharing his excitement about the unexpected sales. When translated, it roughly reads: “We are extremely grateful to our brand new fanbase who have come to purchase seasons 5-7 of RWBY. We did not expect that so many Japanese speakers lived abroad and were excited to see more of this show. Despite the show taking a 4 year break and then releasing three seasons in a span of three months, we appreciate all of the fans currently living abroad for purchasing from our store and hope they also check out merchandise from other popular anime and manga series. In other news, all of our RWBY products are still in stock at our retail stores in Osaka and Tokyo at discount clearance prices. We urge all of our loyal fans to take a look at them.”

We tracked down and spoke to Sophie Lewis, a RWBY fan from England, who imported the Volume 5 Japanese dub Blu-ray. We asked her what led her to this decision: “Well, I’m a big fan of RWBY and most of the voice actors of the Japanese dub. For example, did you know that Yang is voiced by the Ami Koshimizu? Yes, the very same Ami Koshimizu who voiced Ryuko in Kill la Kill!” After Sophie listed several more voice actors and their roles, we finally got the chance to ask another question – if she even understood Japanese. “Um, I don’t speak Japanese right now, but I plan to use the Blu-rays to learn, since they have subtitles. I can’t wait to learn important phrases in Japanese like ‘Who are you again?’ and ‘I want humanity to fear the Faunus’.”

Finally, we asked if Sophie was excited for the improved animation and quality of the Blu-ray release. Her answer, was pretty confusing, even if you ignore the accent: “Oh not at all, I didn’t pay close to a hundred pounds in shipping and import tax for something small like that! I already have all the volumes on Blu-ray anyway, it’s just that they aren’t in Japanese, the language in which I prefer to watch my anime.” Sophie grinned and we finally noticed a large poster behind her with the phrase ‘SUB > DUB’ on it. “Besides, if I ever have to watch Volume 5 again, it might be slightly less miserable in Japanese.”

The RWBY Volume 5 Japanese dub and the Volume 1-4 Blu-ray collection released on August 25th. Volume 6 will release on September 29th and Volume 7 on October 27th and both are available to pre-order.