It’s Easter, So Let’s Remember All RWBY Characters That Came Back From the Dead 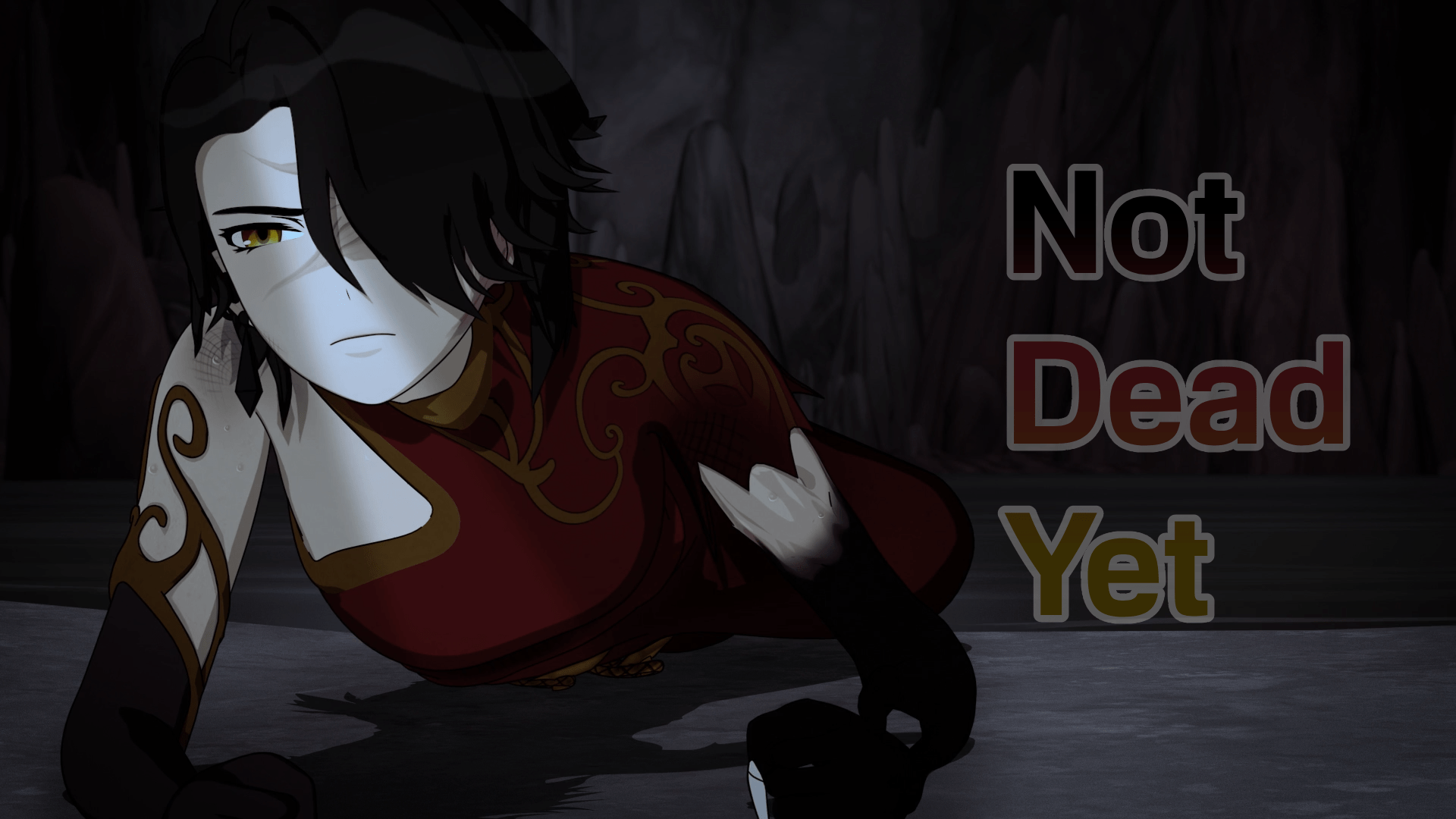 Death in the show isn’t really final, at least for the lucky few. While we’re celebrating someone who took three days to come back, let’s see everyone who defied death in the show and how long they actually took to do it! And yeah, this list would be pretty empty without some exceptions, so we’re including those who were really close to dying or just inexplicably survived a certain demise.

Cause of death: Turned into quarters by Pyrrha

Horribly dismembered in V3C9 ‘PvP’, our favorite robot girl came back to robot life in V7C1 ‘The Greatest Kingdom.’ Her death being the first on-screen death of a major character was what got things going in Volume 3 and set a precedent for red-haired people abuse in the show.

Cause of injury: Scorpion venom/dumb niece

Okay, so the second pick is already a cop-out, but hear me out on this one. While Qrow never officially died (as far as we know), he was surrounded by so many death flags, that many in the community actually thought this was the end for the best drunkle. While he did make it out of Volume 4 alive, he was practically a dying burden for team RNJR, especially after his expository spree in V4C8 ‘A Much Needed Talk’ right up until V4C12 ‘No Safe Haven’, where he was miraculously saved by superior Mistral healthcare.

Cause of death: Fall damage

By all accounts Cinder was supposed to be killed by Raven – she fell for however long frozen in an ice-block and without aura. Luckily for her, the ice she was encased in actually helped break the fall. If she had actually died in V5C13 ‘Downfall’ and didn’t come back in V6C2 ‘Uncovered’, nobody could call it a stretch.

Cause of death: Unnamed sickness, then, ironically, the God of Light

Poor guy couldn’t catch a break, but at least Ozma has the honor of being the only being who died to BOTH the God of Light and the God of Darkness in V6C3 ‘The Lost Fable’, coming back twice in the same episode. We don’t count reincarnations as coming back from the dead, though, or else this list would be basically just Ozma.

Cause of death: Nuclear warhead contained in a cane, etc.

Salem died way too many times in a variety of gruesome ways, but it was mostly contained in Ozma’s episode and she recovered pretty much immediately. It was only at V8C9 ‘Witch’ that she was blown up by Ozpin’s cane so bad, that it took her hours in-universe to put herself back together in V8C14 ‘The Final Word’. Honorable mentions go to the time she impaled herself with multiple swords as a parlor trick, the time when Yang blew her up when punching her breast and when Hazel pummeled her face so bad it turned into mush.

Cause of death: Expired anti-virus license

While Penny isn’t special for dying or respawning twice, she’s the only one who technically came back to life before she even died, as the robot Penny’s body self destructed after her soul was in the new human body. The semantics of whether or not Penny died when the virus took over aren’t too important – all that matters is since V8C12 ‘Creation’ Penny is a real girl and nothing bad will ever happen to her.

Cause of death: Bees

Sure, in V6C12 ‘Seeing Red’ he got impaled right through his body by two blades from the front and the back, after which his body without an ounce of aura fell from a waterfall neck-first onto a rock, launching his lifeless ragdoll of a body into water from a position that’d make the impact more or less like falling onto the pavement… It’s obvious to anyone with a brain that because we never saw a body so he’s still alive!

Alright, what do you think? Missed anyone important? Got some differing opinions than my own? Let everyone know in the comments!