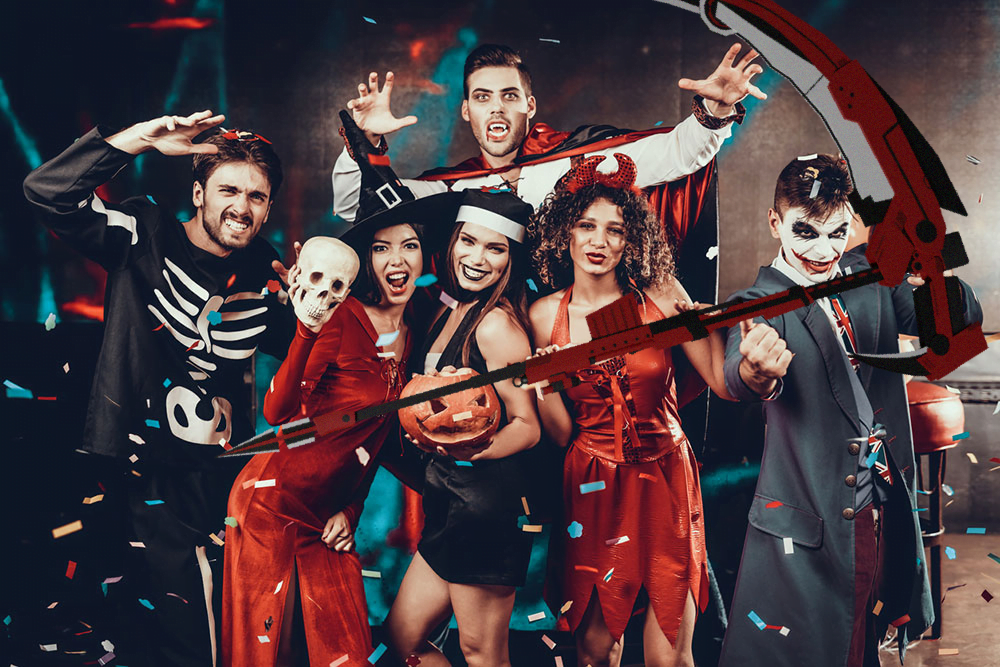 A 27-year-old programmer in a moderate-sized software development firm with a suspiciously shady boss, Jackie K. Stills has been eagerly awaiting the traditional workplace Halloween costume party. Jackie hopes that just like the last time, nobody will recognize their extremely elaborate RWBY cosplay outfit.

“It’s super exciting, I’ve already spent nine weeks preparing for my costume this year! I can’t wait to show up there to confused looks and awkward smiles,” said Jackie during their company-allowed 5 minute bathroom break. “Last year I went as Adam, complete with authentic mask and katana made from PVC plastic and EVA foam. All other employees, most of whom are at least ten years my senior, haven’t watched a web series in their life, so I don’t have to bother with all the attention and praise that comes when you come in with an easily-recognizable costume. Even better, when they dismissively ask whose costume I spent weeks preparing, I have to make up something believable on the spot, since I can’t just tell them it’s from a internet cartoon aimed at teenage girls.

We asked Jackie what costume they’ve spent so much time preparing for this year. “Ah, not just time, money too. Let me tell you, buying the official Crescent Rose prop wasn’t cheap! Ruby’s cloak, brooch and other items also add up, but it’s definitely worth it just to see the blank look in my married co-workers’ eyes for this one night and literally never again. After all, I’m no fraud who re-uses the same costume multiple times! My only regret is that when I’m walking around with Crescent Rose the pointy end keeps getting tangled in my beard…”

After hearing such serious commitment from Jackie, we recommended them to visit a nearby anime convention, that’s scheduled to happen soon. They dismissed the idea immediately, however. “Trust me, I’ve tried last year, cause I wanted to enter a contest with my Adam costume, but I was turned back at the entrance. Turns out all anime conventions in the vicinity have banned RWBY! Some time ago a particularly aggressive con-goer known to authorities as Willy Duncan punched a Bakugo cosplayer in the face repeatedly during a heated argument of whether or not RWBY could be considered an anime. Still, since they released the RWBY x Justice League comics, I might sneak into a comic-con, now that I’ve got a costume of a RWBY character that’s actually been in a comic.”

After Jackie’s bathroom time was up, they had to leave, but fortunately for us a different employee entered the bathroom at that same time. After a brief explanation and clearing up of misunderstandings, Jackie’s coworker Raul agreed to an quick interview. We asked him what he thought of Jackie’s costume last year. “Yeah… The Halloween thing, it’s just our boss trying his best to raise company morale without spending a dime. Still, some of the younger staff eat it up and come in-costume but everyone except for Jackie seem to do it last minute. You know, like, find your worst dress-shirt, smear some ketchup and call yourself a vampire sort of costume. Jackie’s seems really elaborate, they seem to like what they’re doing at least.”

We asked Raul if he had any idea who was the inspiration on Jackie’s costume last year and where the character is from. “We asked multiple times, but Jackie kind of evaded our questions and gave vague non-answers. When we started asking for just a name they muttered that it was some cartoon guy named Incel or something. Never heard of him before.”

Hey there, sorry about that! Our Photoshop intern was away for holiday, so we had to make do with what we could. Feel free to snap a photo of your own Ruby costume and let us see it on our social media!

You have my apologies. I now realize how satirical this whole site is. I applaud you. I was made a fool.