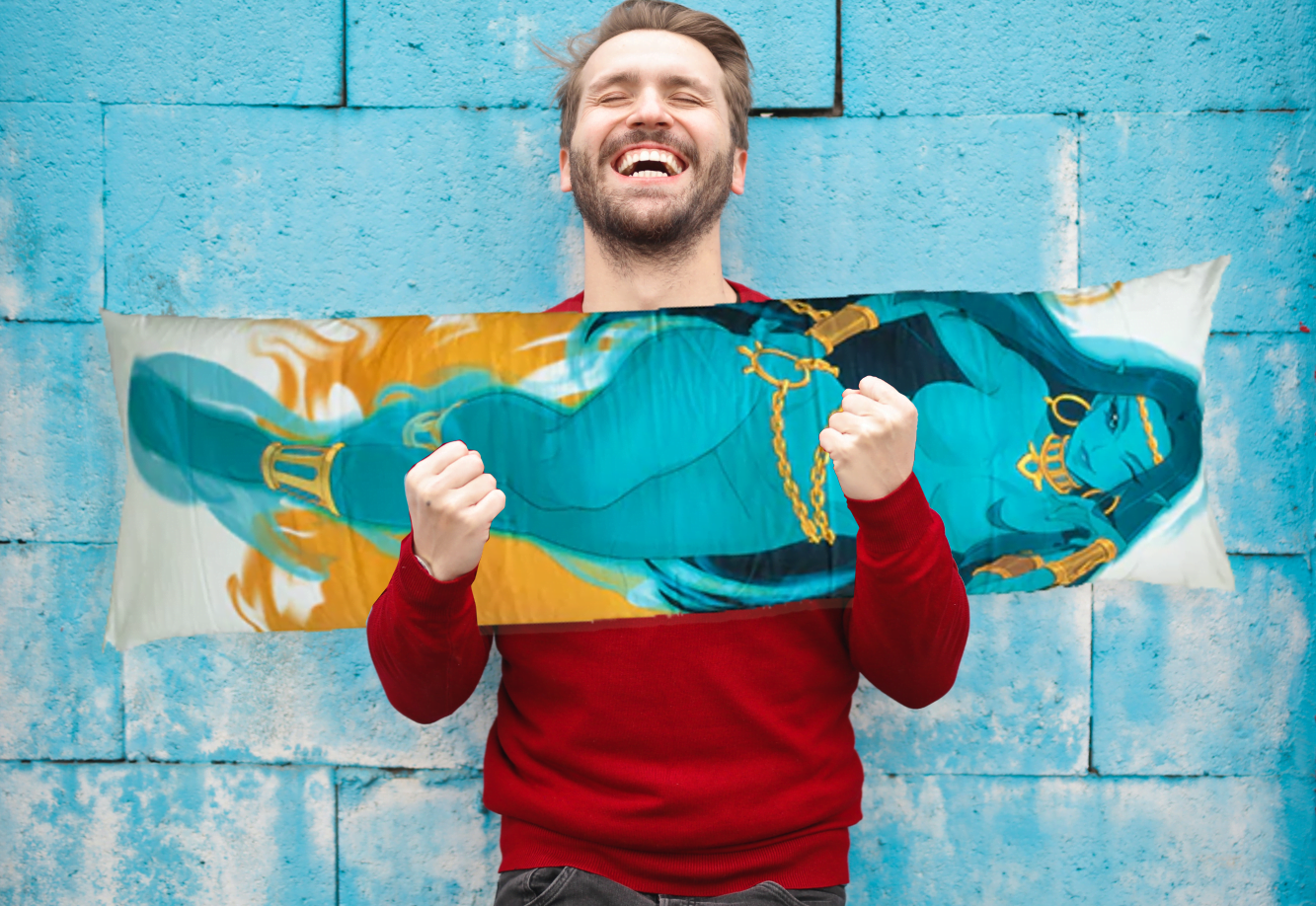 “what kind of sick pervo would sleep with a bodypillow? I shudder just thinking what you weirdos are gonna do to it,” local RWBY fan Elijah MacIver commented three days ago on a piece of genuinely great fan art on Reddit. Today, Elijah is singing a wholly different tune after deleting most of his social media posts.

Following some teasing, Rooster Teeth officially released a line of merch all about the two hottest plot devices in web animation history, Jinn and Ambrosius. This came as quite a shock, since Rooster Teeth never sold merchandise that catered to a specific niche of its fanbase that would buy a body pillow cover, nor did it ever exploit their characters in a sexualized manner for profit, aside from Volume 1 Yang’s design. Nonetheless, the fan reception was incredibly positive, mostly considering that Jinn and Ambrosius are one of the few characters in the show that people would want to see naked but wouldn’t get them put on some list.

“Look, I was skeptical of these things at first, I’ll be the first to admit that, okay? But now that I did my research, I know that these pillows are extremely comfortable, especially for someone with back problems like me. A pillow like that is shaped perfectly for comfortable sleep, as you can rest your entire spine alongside it!”

When asked, Elijah proudly declared he already pre-ordered the body pillow cover and a mouse pad with breasts, both featuring Jinn. He also denied any allegations that he only cares about body pillows after his horniness was validated by a company he follows. “It’s only natural I bought these – I collect RWBY merch and I was always interested in doki-mi-koo-rahs. It’s a Japanese word for these comfort objects, you know.” We continued to ask personal questions and left the 35-year-old RWBY fan confused and angry when we asked if he was planning to buy Ambrosius merch as well. Right before our interview, he relented that he doesn’t have a girlfriend, a fact that is highly unlikely to change.

After our visit Elijah forgot to log out of main and posted a comment on a piece of extremely not safe for work Jinn fanart, saying: “blue mommy please step on me.”