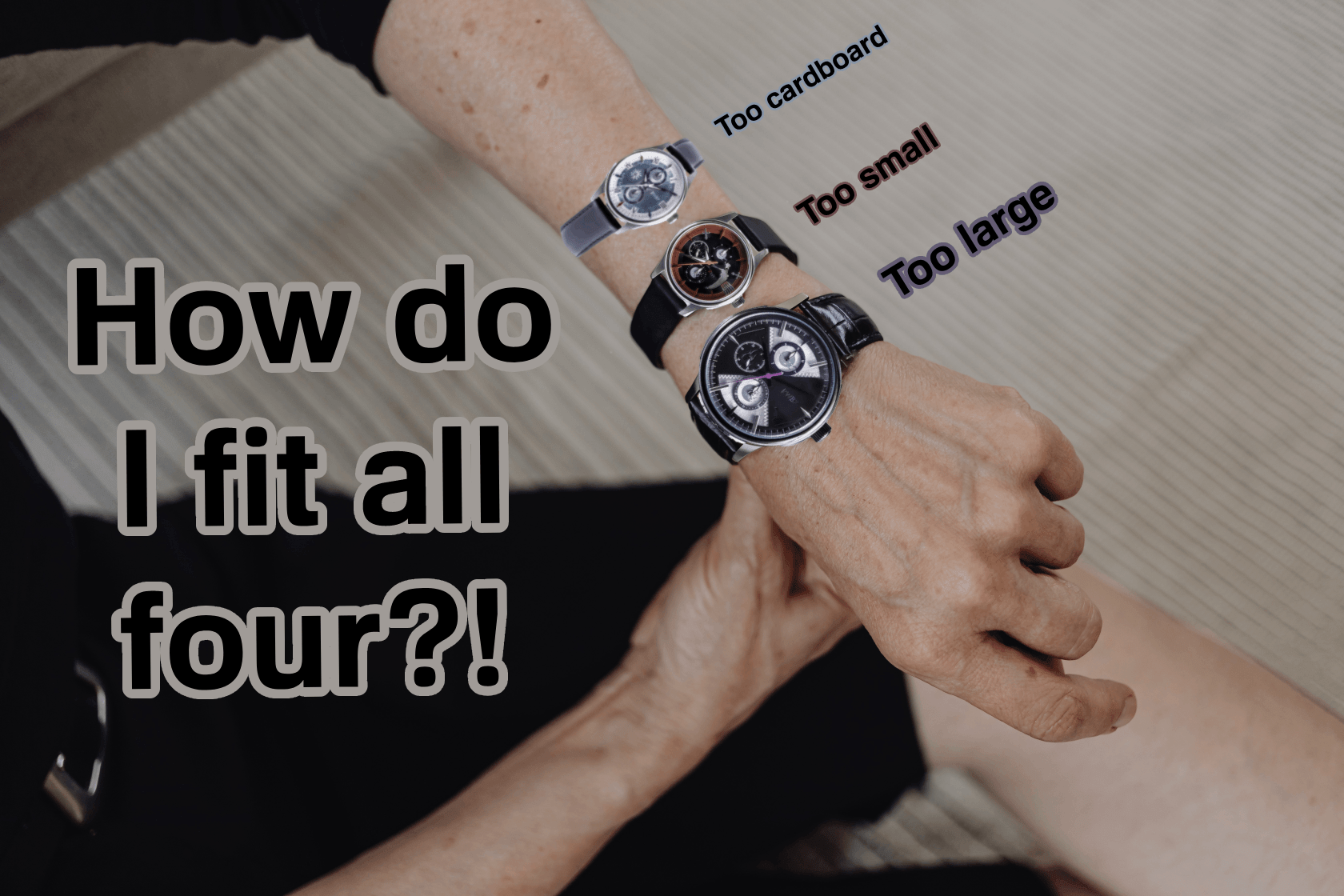 Today RoosterTeeth and Japanese merchandise company SuperGroupies have unveiled a brand new collaborative collection featuring shoes, backpacks and watches inspired by the four main characters of RWBY. Many fans, especially those with large sums of disposable income, are excited about the merchandise designs that reference RWBY subtly, or, in the case of the watches, incredibly overtly.

We spoke to a RWBY superfan, Frida Wöhler, who is just about finished recovering emotionally and financially after her last RWBY merch conquest. She seemed incredibly excited for the merchandise she will likely never use in her day-to-day life, except when meeting her the last two friends who still tolerate her RWBY obsession to a slim extent.

“SuperGroupies is super well-known between us groupies, get it?” After laughing alone for a few moments, Frida continued: “They make all sorts of merch for fans all sorts of different IPs, like video-games and anime. It’s great to see that they include RWBY, which is neither! Now RWBY will join other controversy-avoiding and universally beloved shows and games, like Street Fighter, Rainbow Six: Siege, Rurouni Kenshin, Magic: the Gathering and Cyberpunk 2077.

We asked Frida is she plans on getting anything from the new collection. Her answer didn’t surprise us much, which should be worrying. “I already pre-ordered all of the watches but I have troubles figuring out how to wear them all at once… I might wear something sleeveless and put them all in RWBY order, or maybe wear two on one hand and two on the other based on who I ship… I could wear a single one based on my outfit, but then people won’t know I spent so much on RWBY merch, which is basically the entire point…”

While we don’t recommend wearing more than one watch especially ones so aggressive looking, we asked Frida about her recently-formed spending limits, which seemingly have almost evaporated. “Ah, that. Well, when I found out my RWBY merch will be taxed an additional 25% percent I got so lightheaded I fainted. I woke up in the hospital. After that I learned to value my short life and my superior German healthcare a lot more – why worry about spending money if life is so short anyway? And if I die, I want to go out wearing cool RWBY merch!”

Finally, we asked Frida if she knew that the SuperGroupies US store didn’t ship outside North America. This time, it seems, she was ready for shipping shenanigans. “I know, but the US store is just a branch of the Japanese one. I pre-ordered there. Of course, since it’s Japan, I have to use a purchasing agent service, which adds an additional fee alongside shipping, and taxes and the thousand-dollar price… I think I’m feeling light-headed again…”

We also talked to a well-known watch expert and collector Edmund Berrycloth, Esq., owner of self-proclaimed “humble collection of 2300 watches”. We asked him for his opinion on the watches:

“The movement, which, as even a beginner horologist would know, is the heart of the watch and could be described as the most important component, is a quartz Epson VX3NE, specifically the Multi-Function variation. Although the specifications claim the movement is Japanese, for cheaper watches Epson performs manufacturing also in Malaysia and Singapore, while parts are usually manufactured in China. You can buy a movement like that for about 12 British Pounds. Ah, excuse me, I forgot you folk are American. You can buy one for around a three Big Macs.”

Although we can’t claim we understood anything besides the Big Mac part, we asked Mr. Berrycloth to elaborate on such a price difference – the entire watch costs $200 USD after all. Although condescending and verbose, Mr. Berrycloth gave us an explanation:

“Of course, you are understandably unfamiliar with the intricacies of watch collecting and life in general. It is not uncommon to find a mark up of several hundred per cent, yet the particular value of this watch would likely not be above a hundred pounds or so. This means you are paying quite a sum just for the fact that it is tackily adorned with decorations more fitting for a young girl. This is unfortunate, considering it is a men’s watch. Still, do not let my words discourage you if you find that any of these watches speak to you – you are getting a quartz multi-dial watch with a real leather strap – it’s not just a simple toy. Ultimately, the value of the watch is up to the buyer.”

Before leaving, we had to ask Mr. Berrycloth about how he mentioned a men’s watch. Surely anyone can wear this, right? Not necessarily, according to Mr. Berrycloth and common watch-wearing etiquette.

“Whether or not it is typically appropriate for a person to wear a watch will depend on their wrist. Typically, women’s watches have a case width between 23 and 29 millimeters, while men’s range from 37 to 42 millimeters, the latter being large sports watches. Oversized watches are considered 45 millimeters and up. These… How do you pronounce it, rewbie…? These… colorful watches have a case width of 42 millimeters – they’re larger than some sports watches! It is likely to dwarf the wrist of most ladies and perhaps even quite a few gentlemen. Before purchasing, I highly recommend looking into whether or not your wrist is even big enough for it – you don’t want to dangle around a heavy watch face that’s larger than your wrist!”

We did some calculations and if you want the entire collection for yourself, it will cost you 2,176 US Dollars, plus shipping. Buying from Japan, it totals around 240,000 Japanese Yen, or 1,865 Eüropean Eüro, plus shipping plus the proxy service. Even if the quality of this merch is impeccable, it isn’t exactly cheap. But hey, some of it really does look cool – just don’t try to wear all the shoes, backpacks and watches at the same time.