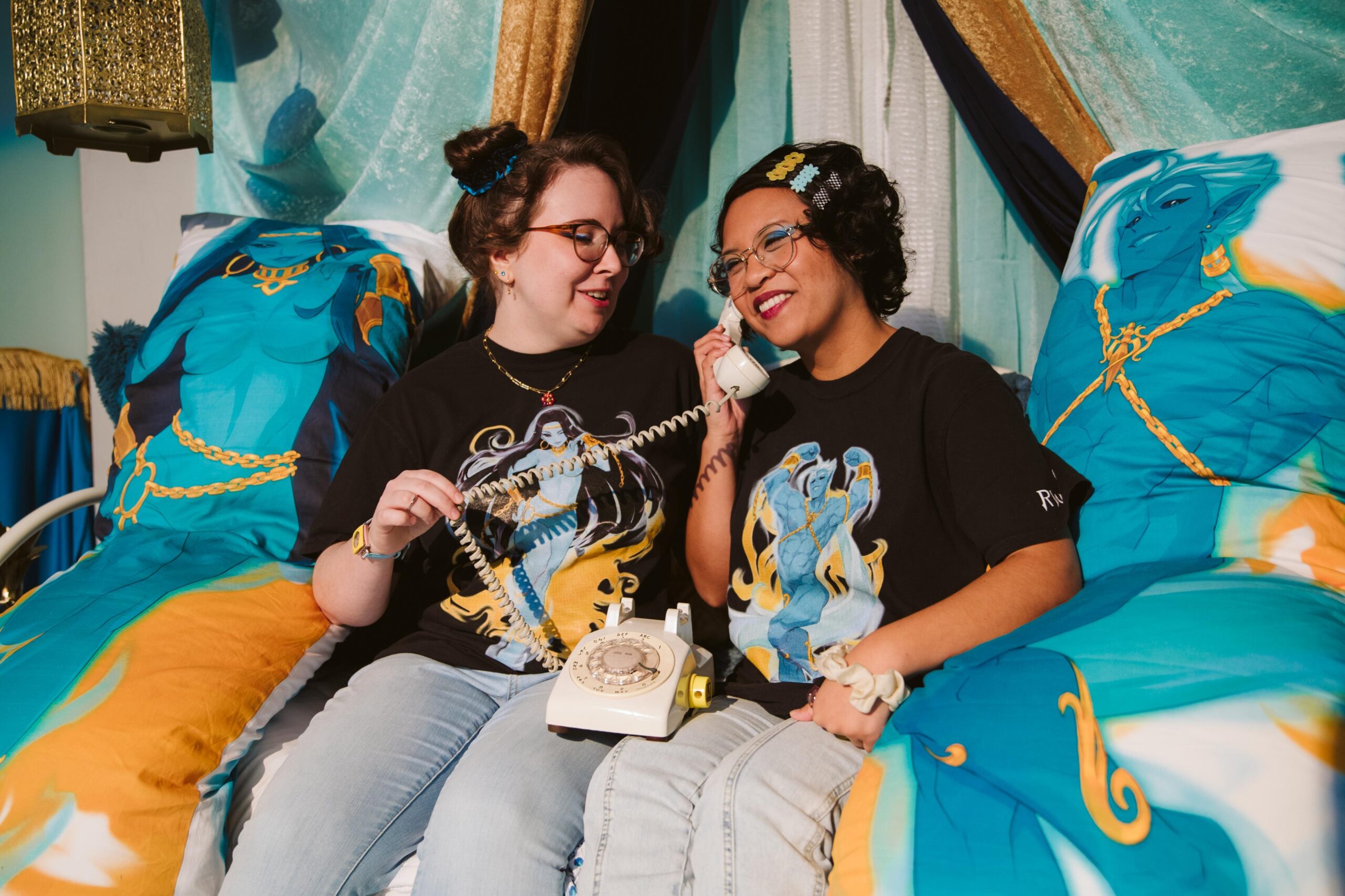 On March 22nd, the official Rooster Teeth Twitter account posted a gif of the RWBY character Ambrosius, seemingly without provocation or reason.

This was, in fact, a clue, as the next day, the official Rooster Teeth Merch Twitter account revealed that on March 24th, they will be releasing new RWBY body pillow covers based on the Genies of Volume 6 and 8 – Jinn and Ambrosius. The genies have been stand outs in the series for their exaggerated and attractive designs, alongside little to no clothing.

Judging by the photo in the Tweet, new RWBY T-shirts featuring the same two characters will also be sold. The link to buy these covers appears to be already been found, and is now available.

Body pillows are based on the Japanese dakimakura, and are a type of comfort object that are most used by Japanese youth, but have been gaining popularity in other countries and age groups throughout the years. Generally body pillows have somewhat negative connotations outside of fandom communities due to some body pillow covers displaying characters in suggestive poses and clothing of differing severity.

Update: the entire selection of items is now available for purchase, including t-shirts, pins, a free wallpaper for a phone or desktop and, most surprisingly, a molded mouse pad, which has two mounds representing the chest area of either Ambrosius or Jinn.