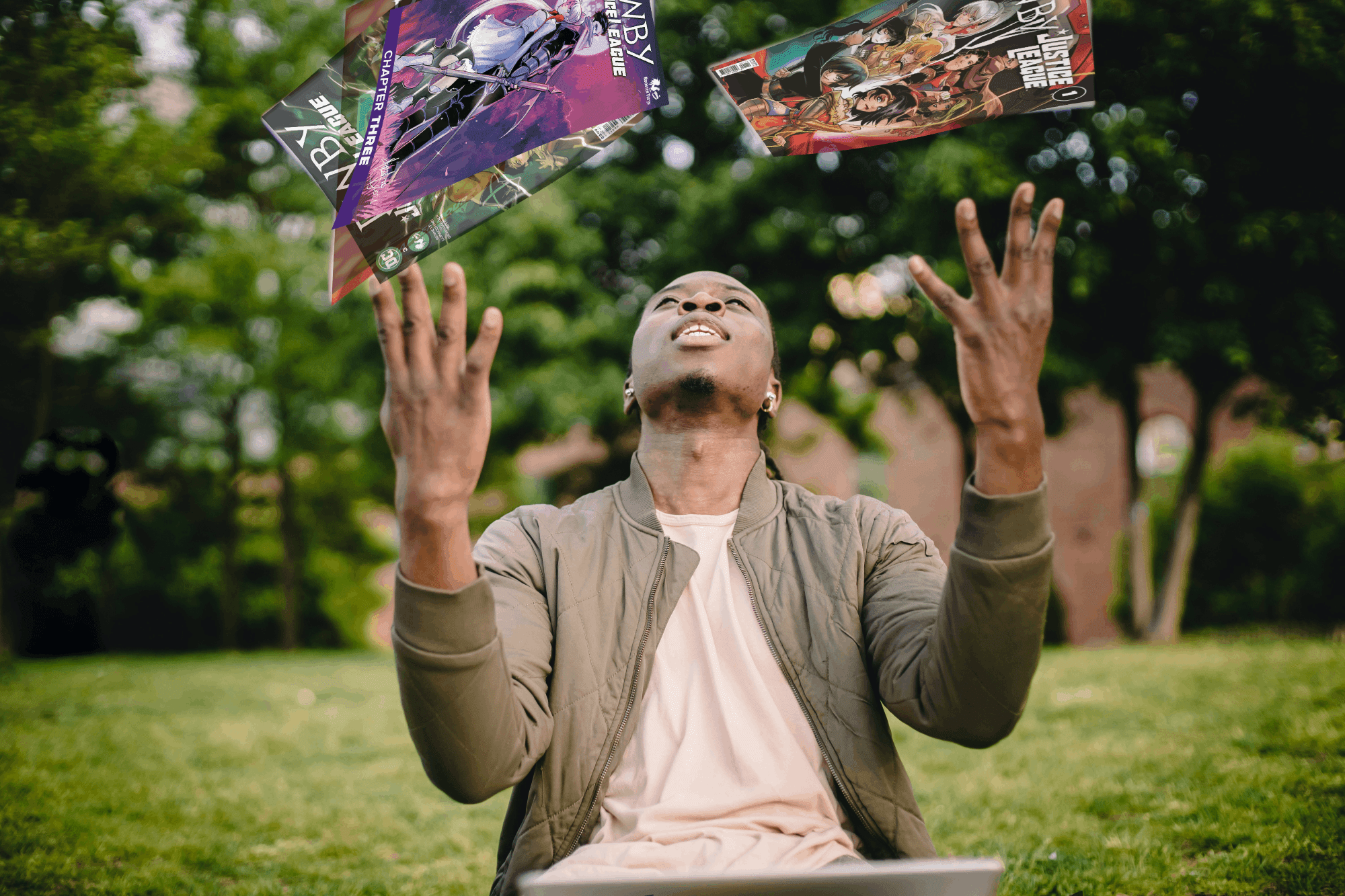 Francis Booth, a 19 year old community college student and semi-retired Redditor just created a new post on the /r/RWBY subreddit, dedicated to the community surrounding the multimedia franchise RWBY. That franchise belongs to the multinational entertainment conglomerate WarnerMedia, which also owns media giants like Warner Brothers, HBO and DC Comics. The RWBY subreddit alone boasts over 115,500 subscribers, while even more fans are either engaging without being subscribed to the subreddit or participate in other social media communities. Without a doubt the show boasts hundreds of thousands of viewers, but after a shocking and life-changing revelation, Francis Booth realized he is literally the only person in the world who cares about the RWBY comic book series. The very same comic book series that introduced the unbelievably popular Justice League characters, whose latest movie release was watched by millions of fans worldwide exactly a month ago.

The post, whose title reads: “am i the only one who is excited for the justice league comics?” details this realization by Francis. It reads as such: “I see alot [sic] of negativity around here especially about the justice league comics and honestly I think its not right. I read the preview pages on amazon and I am really excited to see where they go from there.” The post then continues, addressing the issues that some critics found in the characterization of the main cast, the uneven pacing, disregard for the show’s continuity or the lacking art quality in some select panels. “I dont care what the haters say and, I know I will get downvoted for saying this, but I think that the comics are actually amazing. They have even have pictures and words, so its like a book but better.”

The comment section of the post is an almost even split of agreeing with Francis about the quality of the comics and complaining that the subreddit is too positive and there isn’t enough negativity. The most upvoted comment by the subreddit veteran “PM_ME_YANGS_CLEAVAGE” says: “I didn’t get a chance to read the comics yet, but from what I’ve heard they’re really pushing Weiss and Bruce together, so maybe some people didn’t like that? Personally, even though I ship Whiterose, I think the comics are cool.”

At the bottom of the comment section, hidden by an ominous warning, lies a lone comment written by a despicable troll intent to ensue chaos upon the unsuspecting page. “I read four issues and didn’t really feel it. Doubt I’ll finish it.” This partisan was swiftly brought to justice with twelve negative upvotes, or downvotes (or “Belladownas” since the downwards pointing arrow is a picture of Blake in some website versions). The author’s account now simply reads [deleted].

The post by Francis, whose Reddit handle is “Qrowbramwen14”, currently sits at the bottom of the subreddit frontpage with 4 upvotes, 0 Belladownas and 48 comments.