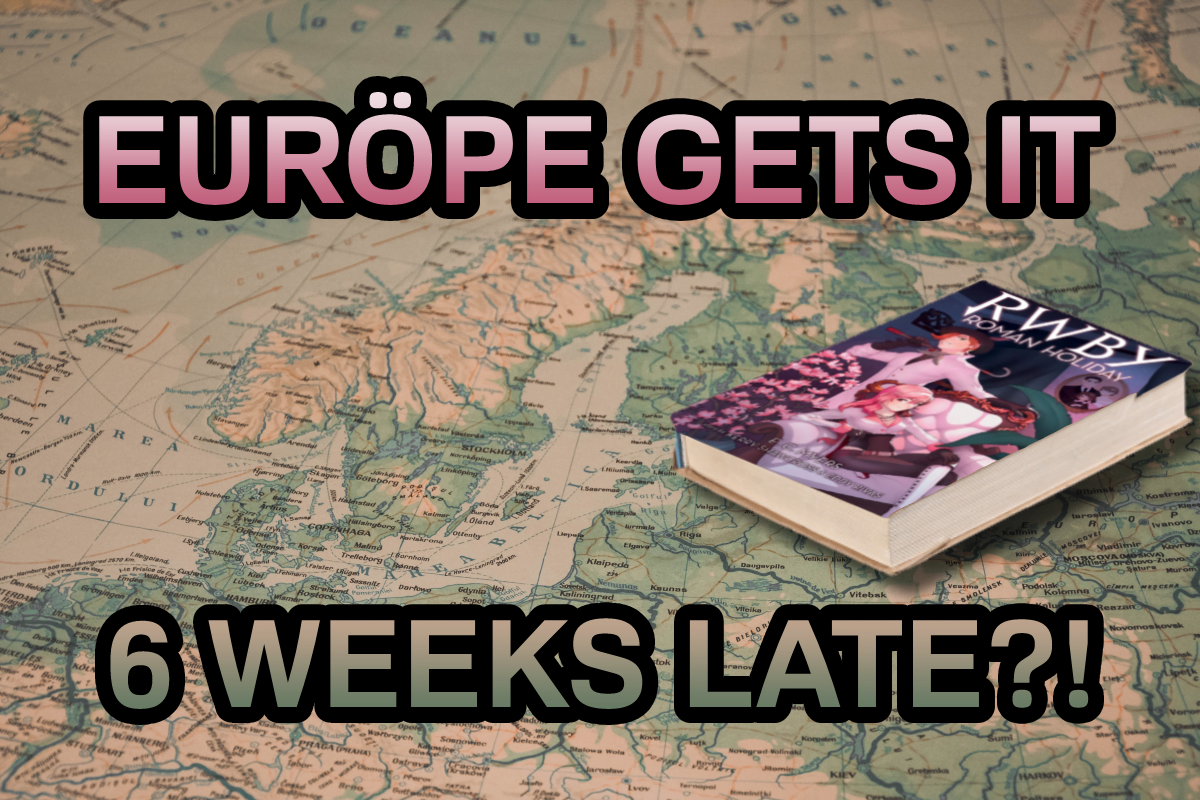 Ludvig Strömberg, a RWBY fan from Linköping, Sweden, is secretly furious that unlike the far superior Americans, he will have to wait for 6 more weeks to finally read RWBY: Roman Holiday in print. If it were the other way around, Ludvig, along with other Europeans, would likely point and laugh at us Americans, but instead I’ll be taking the high road and have a Zoom interview with a fellow RWBY fan. Even if he is from some no-name country I couldn’t find in a map.

“Unfortunately, RWBY is not yet so big that RWBY: Roman Holiday would be carried by my local bookstore,” smiled Ludvig, obviously presenting his incredible teeth on camera just to show off that his country has great and affordable dental care. “So I went to order the book online, but all the stores were saying how they’ll release the book in October!” The stupid attractive blond man on the screen feigned light-hearted shock.

I asked what was his plan now. He answered in his barely comprehensible accent: “I already placed an order on the UK Amazon, since even including import tax it’s still cheaper than ordering from EU countries. Swedish Amazon did not carry the book, but most other European Amazon stores did, and to my surprise all of them had the book releasing in October 7th.” For note, the original release date of the books was September 7th, exactly a month earlier. Then the Swede continued without anyone asking: “Oh and just the other day I got an email from Amazon claiming that I’m going to get the book in 14-21st of October. So that’s one or two weeks more, which is a shame, but I suppose it can’t be helped.”

Now the question I had was quite obvious, and I said so to Ludvig: why not just buy an e-book version of Roman Holiday? The answer was almost too pretentious for me to type out: “Ah, it might sound silly, but I really prefer the feel of paper books. The way paper feels natural in my fingers is something truly special to me. Besides, if I were to read it with a tablet or a computer, I’d risk being distracted by apps and social media. I can really tune out with a real book.” So not only is this man pretentious, he is also trying to harm the environment by preferring paper books, which are made out of trees!

I provoked Ludvig further, saying I wanted to know how he feels about receiving a book a month after everyone’s finished it. “It’s not a great feeling, avoiding spoilers and all, but I’ll manage – I have other hobbies and things to do, so when I eventually get the book, it’s going to be a nice surprise!” I wanted to mockingly ask if his hobbies included listening to ABBA and eating lutefisk, but I got lost in his mesmerizing blue eyes and… uh… what?

Anyway, what could be the reason for this delay?

The publisher Scholastic is based in the US and as such, might have different licensing agreements for the rest of the world. Another plausible reason could be that the books have to be physically shipped from the US to European Amazon warehouses and bookstores. In order for the entire region to “have an even ground”, they chose a safe 30 days. The fact that the book is also releasing in exactly October 7th in various other regions points to the truth being the former. The fact that Amazon delayed the shipping even further for Ludvig points to the latter. And finally the fact that this whole delayed release thing didn’t occur with the previous two RWBY books points to neither, but it’s still interesting nonetheless. If I had to guess? They delayed the books so that Europeans could learn how to read English!

Now if you really sympathize with those silly Europeans and their delayed paper books, and universal healthcare, and great education, and whatever, then please don’t spoil the books to them. For the first time in history, it’s not their fault. Of course, if you’re like me, you don’t care about those who don’t live in the US of A, so spoil away. Uhm, until I finish reading my copy… I’ve been distracted, but I’ll start really soon, I promise!