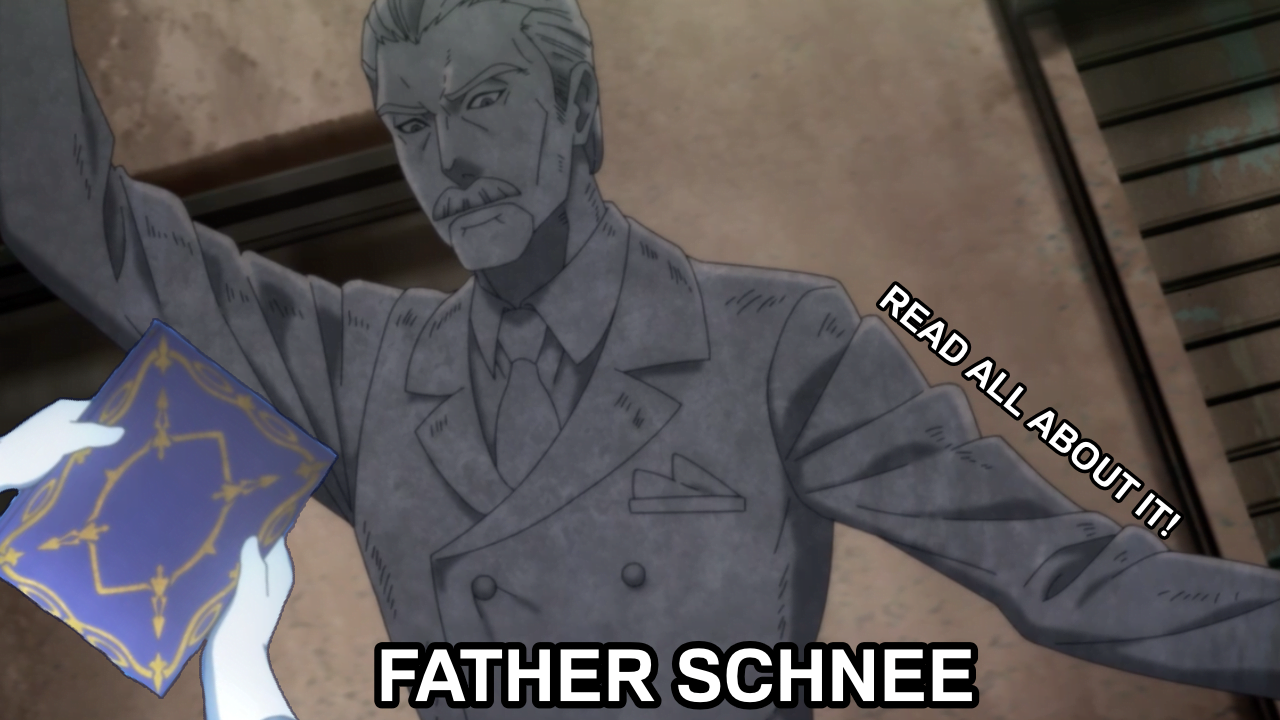 An author known by his pen name of ‘William Forest’ has announced that he will soon be releasing his new book ‘Father Schnee’ later this year. It involves Weiss dealing with a powerful CEO Jacques Schnee, who has an assortment of magical abilities to see through walls and spy on his daughter’s life.

It’s a horror-themed story, where Weiss tries for her romance with a boyfriend, while she deals with a lot of constraints that her cruel father had placed on her. Forest said it will be his first thriller, promising scares and thrills, which will make you check your back every 10 minutes.

Expect plenty of surreal elements, as he uses his main ability to make his face protrude from both ceilings and walls. His face will be plastered across walls of a bordered city, keeping his eye on a lot of residents who were brainwashed to mew as part of their vocal vocabulary. There’s also a flying bat who sneaks up on Weiss during her bedtime routines, which should happen at least once or twice during the story.

Unlike M.C. Myers’ previous outings, from After the Fall to Roman Holiday, this book takes on a new canon set in a dystopian world where Jacques rules with an iron fist. While it is not unique as it contains elements from other dystopian novels including ‘1984’, Forest claims that it is actually inspired by works including ‘Right Ho, Jeeves’ and ‘A House for Mr Biswas’.

Here’s an extract from one of the book’s scenes:

“I began to touch his shoulder. He did the same to me, the warmth from his roughened digits with sparkles of bright dust. It soothed my nerves. I removed my shirt, so his fingers could stimulate more on my cold, pale skin. I applied his hand hard on my shoulder blade, heating up its centre part like a glowing sun.

‘What are you doing Weiss?!’

‘DAD!!’ I wrapped myself around my chest, flashing my eyes towards his large face, which protruded from the ceiling like a bronze sculpture.”

The book was given early reads from his fans, which Forest hoped for a lukewarm reception. But the comments he received said that it’s hilarious, with one saying it felt like watching a sitcom.

“I never intended it to be a comedy,” Forest said in our interview. “I wanted to make it as scary and as thought provoking as possible, which is my first in my writing career. Although I might have paid too much focus on Jacques spying on Weiss at every turn. It was originally going to be called ‘Jacques Attack’, but I had to change it because of the unintended amount of humour in the book.”

Warner Bros. have already sparked interest in his story, which they went as far as creating a pitch for it to become a theatrical feature-length film, although many spectators have doubted this would reach the greenlight, since the company have cancelled several films and TV shows. A few others suspect it may go into production, since it may satisfy a niche audience. The current favourite actors to play Jacques are Willem Dafoe and Liam Neeson.