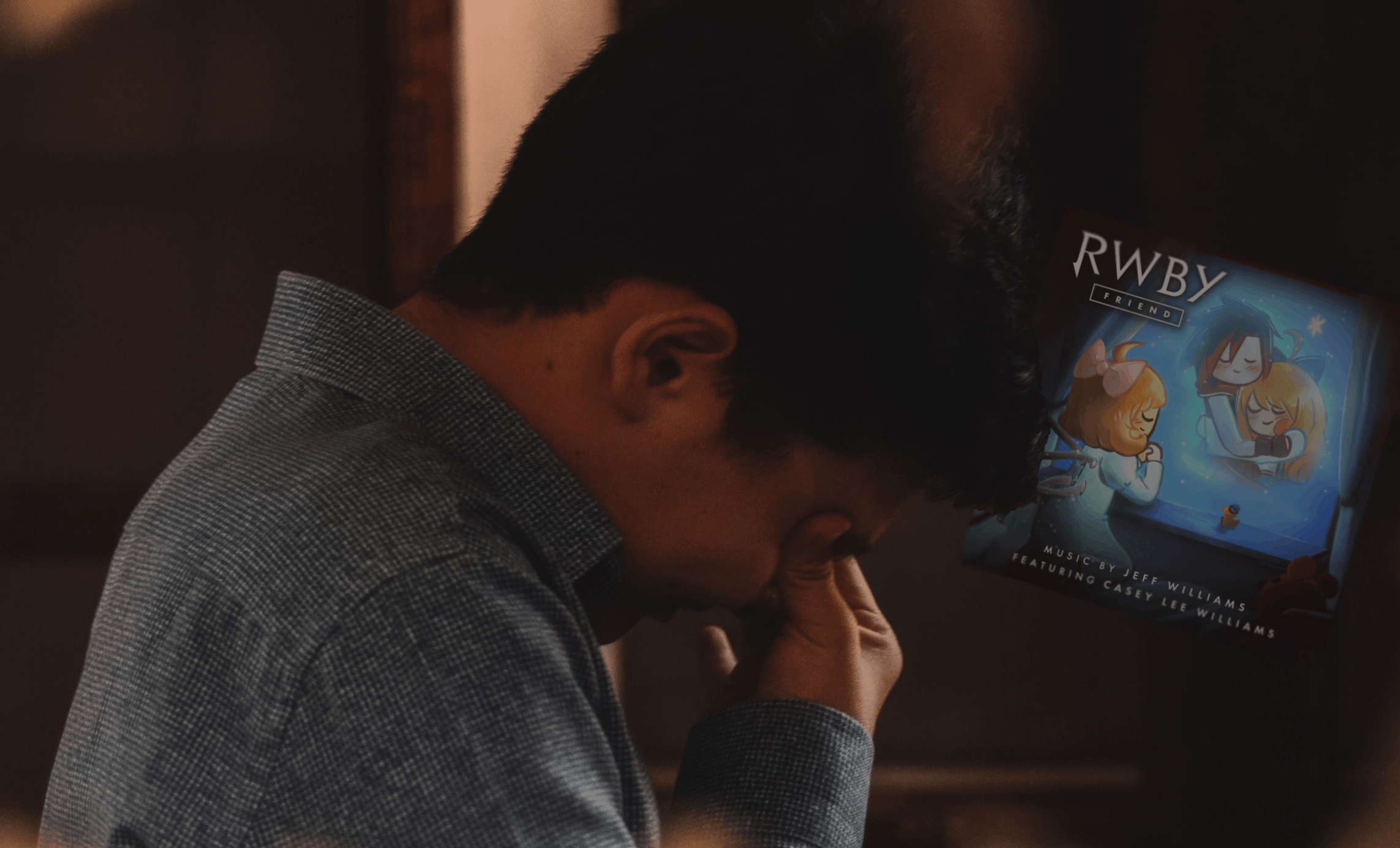 Following an announcement of a necessary delay for the release of the Volume 8 RWBY soundtrack, Rooster Teeth unveiled that the soundtrack’s song ‘Friend’ will be released as a single to various music platforms like Spotify and Apple Music. And, frankly, just like the first time I heard it at the ending credits of Volume 8, I got a bit emotional. This time, at least it was on demand.

‘Friend’, created by Jeff Williams, performed by Casey Lee Williams, with cover art by the amazing A.G. Nonsuch in collaboration with Sirs and Madams Entertainment, is a touching song about the entire journey Penny lived through. It’s about the loneliness and emptiness she felt when she was alone, about the excitement of friendship she felt after meeting Ruby, and about her fate in Volume 8. It’s a fantastic song that is not only emotionally touching, but also real a treat to listen to, especially since it kicks up quite a bit during the bridge, letting it stand out from the rest of the melancholic songs present in every volume’s soundtrack.

That’s not to say it diminishes the emotional significance of ‘Friend.’ Just thinking about the song hits me right in the feels. Actually listening to it I get chocked up. Then taking a look at the gorgeous cover usually gets the waterworks going. Since the song is available to stream on demand, let’s think up some ways you can improve your life by using it to cry whenever you need:

Personally, I can confirm at least two of these work flawlessly, but I’ll let you decide which ones I tried. So go ahead, listen to the great song and find new applications for crying on demand through Spotify, Apple Music, Amazon Music or even TIDAL if you’re that weird.

And to add even more value to this article, here’s the lyrics to the song, courtesy of Genius. Why not just go to their website? Uh, I guess we don’t have terribly intrusive ads and run on night mode? You’re welcome?

[Intro]
Darkness like midnight
Moonless, there’s no light
Another lonely day is ending
Searching forever
Waiting but never
Finding the only thing I dream of
The warmth of a smile
That stays for awhile
The face of a friend that won’t leave

[Verse 1]
I heard a song once, it posed this point of view
That wishes made on stars are likely to come true
So here’s my secret, at bedtime every night
I searched the sky and hoped to find a star who’d send a light

[Pre-Chorus]
To me
The one thing I need
Just one kind soul with a heart of gold
And my dreams became real and I finally feel not alone
Do hugs always make you feel this warm?

[Chorus]
My wish came true
The day that you appeared
And called me friend
An answered prayer
A chance to share the world, to be a girl
Who finally felt alive
[Verse 2]
I’m so excited, we’ll do so many friendship things
Paint our nails, try on clothes, talk about cute boys
Attached, but not by strings
And when you’ve got problems
Whoa, then I’ve got problems too
You’ll never face this world alone
I’ll be right here, it’s you

[Pre-Chorus]
And me
Protectors of each other’s what we’ll be
You saw my soul through the nuts and bolts
You’re the friend I can trust, helped me see I’m not just a machine
And is this what “all the feels” means?

[Bridge]
I been combat-ready since the day Dad made me
Now I’ll fight for something more
Might sound wholesome, but strangely
I’ve got friends I’m fighting for
But I found that
Humanity, it came with sacrifice, a pact
To shield you from the wicked
Even if I can’t live for real
It was worth it to know you
[Chorus]
My wish came true
The day that you appeared
And called me friend
An answered prayer
A chance to share the world, to be a girl
Who finally felt alive