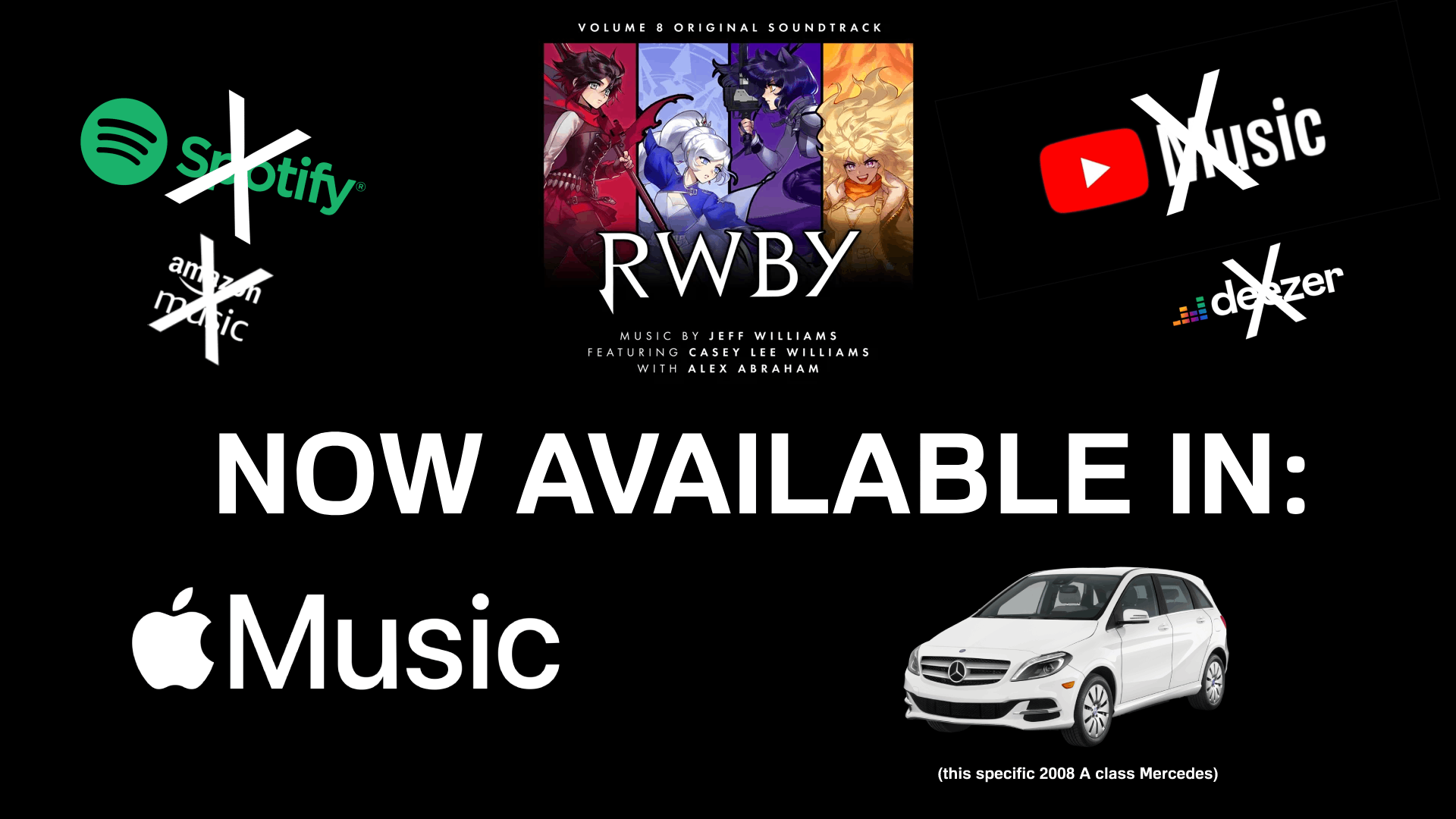 Tonight the RWBY Volume 8 Official Soundtrack by Jeff Williams, alongside Casey Lee Williams, Alex Abraham and many others, has been stealth dropped onto the Apple Music platform and, absolutely astonishingly, my personal car!

The soundtrack was delayed on June 29th, due to what Jeff described as “very serious medical issue” concerning an immediate family member. I sincerely hope the issues have been resolved and am excited to see the soundtrack being dropped right before the New Year. I just wish it were on different platforms other than Apple Music and my car.

Now, I have nothing against Apple Music, I have a single album bought there (Volume 3 of the soundtrack) and a few singles, but I don’t really want to download a whole new music streaming app just for that. Not to mention iTunes works poorly on my Windows PCs, which complicates things even further. At least we do have an alternative – my car. Surprising everyone, including me, they’ve released the Volume 8 soundtrack on my car as well, so anyone wanting something that’s not about giving personal info to a billion dollar company with shady practices can… Take a ride with me? To be honest, my car isn’t very spacious and there’s quite a few people who’ve already reserved their streaming rights in advance…

I asked some of my friends about these news, particularly that the only way they could listen to Volume 8 soundtrack without an AppleID will be to go on rides with my in my small old Mercedes. While most didn’t care or didn’t respond, several expressed concern upon my parking skills and a couple of them made fairly mean comments about my singing and my choice to play all music through terrible phone speakers. Jokes on them, next time I give them rides, I’m definitely playing Lionize.

Although the selection of platforms is limited at the moment, Casey let everyone know that it is not up to her or Jeff how fast other streaming platforms release the soundtrack. Please be mindful and do not harass them – the soundtrack will come to other platforms and cars whenever it can.