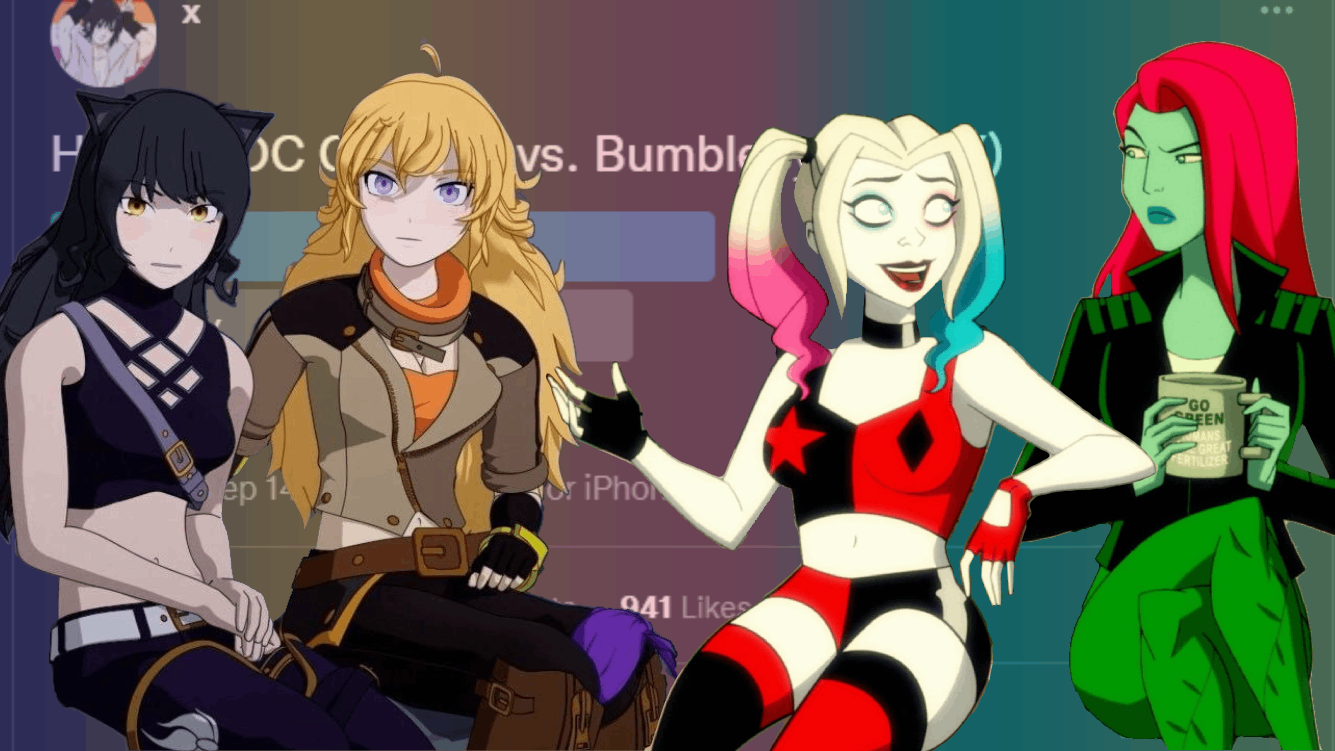 Yang may have defeated every WarnerMedia character in WarnerMedia’s March Madness Space Jam polls, but the power of love was no match for the Poison Ivy and Harley Quinn’s romantic ship Harlivy in the best ship polls on Twitter.

A user by the name of sasuketruther* had ran a tournament of polls, pitting some of the most famous lesbian ships against each other to see who is the best of them all. Bumbleby, the most cherished pairing of Yang and Blake in RWBY, was up as one of their contenders.

They have faced a lot of heated battles against other ships, which became the most watched tweets in the history of Twitter. Fan and hater alike have freed up their time to offer their undying support for them to win. Catora, the first opponent of the pair, quickly lost to Bumbleby in the first round.

As more polls ended, Bumbleby went on to face even tougher opponents. They took on the Marceline/Bubblegum ship and had fought in tides. Voters were even rallied by celebrities and voice actores to push for more votes, turning it into a vicious back and forth game of tennis, more intense than the lesser known Wimbledon matches of 2022. After beaten them, the bees pressed on to take on the most talked about ship, named Rupphire from Steven Universe. After a grueling day of fights, Bumbleby won yet again.

Their next opponent was Harumichi, a ship from Sailor Moon. Despite beating many strong femslash pairings to the semi-finals, Bumbleby met a their strongest foe yet – a much more established (and canon) ship of Sailor Neptune and Sailor Uranus. A hard battle of swinging numbers ensued, leading to a heart wrenching result that shocked the whole world. Bumbleby won again by a very close margin.

As they went on to the finals, they were pitted against Harlivy, a pairing of Poison Ivy and Harley Quinn from the Batman/DC comics universe. The battles were even more tense with even more sweeps and swings than a drift tournament in Japan. Surprisingly, RWBY VAs including Arryn and Barbara have voiced their support to their fans to fight and get those numbers pumped up against their opponent. With the voice actors of Blake and Yang behind them, the bees would definitely take the hard fought victory, or so the fans thought. Unfortunately, in the end, Bumbleby lost and ended up on second place.

“This is an outrage!” said one viewer of the polls. “How could [Bumbleby] be easily defeated by harlivy, when Yang beaten Harley Quinn in the semi finals of March Madness?! This is rigged! The only thing that will stop Bumbleby would be a ship pairing of Bugs Bunny and Lola!! So much hate.”

When the polls finished, sasuketruther* made their profile private, meaning it wasn’t even possible to gather the results of every single poll conducted under their profile. But it did made a lasting impression on the RWBY community, even as far as the famous artist A.G. Nonsuch have made fanart based on those battles.

Normally, there would be riots between those ships in the most toxic ways but at the time of writing, RWBY fans went back to sharing more fanart of Whiterose and Bumbleby kissing across various social media networks. As for the fights, they went back to venting on why Yang and Blake are not kissing in RWBY right now.

*Their account was made private after the polls ended, so we only gathered tweets and screenshots via other users

Considering the tenure of those (now fellow, I guess) DC characters and the competition they *did* outstrip, I see no reason for the hive to feel dejected.