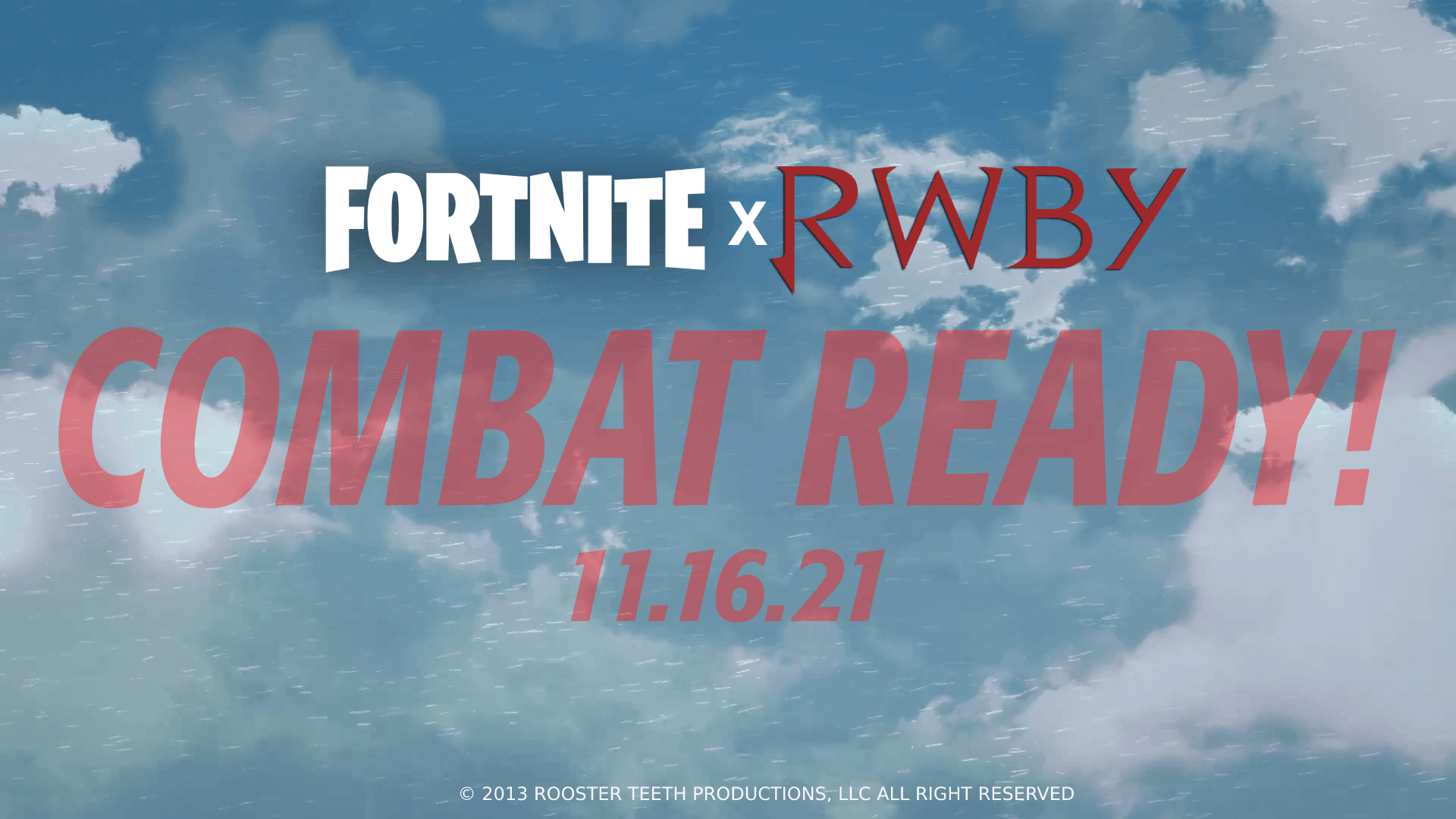 On November 11th the hit cross-media video-game Fortnite has released a yet another highly-demanded collaboration. This time, they added Naruto into the ‘shoot a media character until they transform into a four story building’ game. So… Why am I writing about it?

The intern running the official RWBY Twitter account, in all of their infinite wisdom, decided to reply to the post announcing the Naruto x Fortnite collab with an angry Blake gif, obviously mad because their silly cartoon wasn’t big enough for Epic Games and its cash-cow. This immediately sparked a big backlash, mostly from the outside crowd and was seen like a pretty poor way to get the show over.

Except that is entirely not the case and the whole situation, like most things on the internet, is surrounded by a lot of context that people couldn’t have known about. So let’s clear up as many misunderstandings as possible!

First, it was a joke. Actually, just the punchline to one. You see, there’s a continuous effort/running joke in the community to make RWBY x Fortnite a reality, and it’s spearheaded by none other than Arryn Zech, Blake’s voice actress. In a way, Arryn (and by extent Blake) has become a figurehead for this small movement, helped by the fact that Arryn has been extremely vocal about it on social media, with the first Tweet actually receiving a response from Troy Baker (voice of Joel in TLoU, among others) and Donald Mustard (director of Fortnite). This was in May, and while this does mean nothing really has come of it, we can’t say a collaboration is never going to happen.

It is actually unclear how much Arryn actually plays Fortnite, considering she had her Fortnite license revoked. Nonetheless, it’s a neat running gag that the FNDM can partake in, and the official RWBY account posting the clearly overreacting Blake at the announcement of a different animated teenager team crossing over with the Nite of Forts is just a reference to this.

Do we even want RWBY in Fortnite?

Quick answer: yeah. Now while you’re likely sharpening your pitchforks, I’ll attempt to explain. Being one of the biggest video-games in the world, Fortnite would definitely attract a lot of eyeballs towards the show, especially those belonging to the younger audience. The very same younger audience that RWBY has been consistently avoiding after Rooster Teeth’s baffling decision to remove any traces of the show from YouTube. More viewers would mean higher revenue, which, hopefully, would mean daddy Warner Media finally notices RWBY and ups the show’s budget. Higher budget would (theoretically) lead to a higher-quality show, more crossovers, etc.! It’s a massive win!

“But won’t Fortnite ruin RWBY?” Nope, I really doubt Jack Fortnite or whoever is the main character there will appear in Volume 9 or 10 or ever. If the possibility of Blake doing the Floss next to Sasuke and Rick Sanchez while MLK is giving a speech seems to cause much pain to you, I’d suggest taking absurd things about cartoon characters a bit less seriously and enjoy the ride. And if you hate the undeniable attention Fortnite brings just because you’re afraid of the influx of new younger fans, I’d ask you to be a bit less gatekeep-ey. Thanks!

Won’t RWBY ever be in a high-profile cross-over?

They already had not one but two, actually! The RWBY x SMITE event happened almost exactly two years ago and had our team RWBY join the battlefield of the gods in the MOBA-genre game SMITE. While the RWBY skins were locked behind a battle-pass and had some interesting god choices for the cast (Blake was Amaterasu… Instead of Bastet, the cat goddess?) it was overall a huge success, attracting a whole bunch of new and lapsed SMITE players, while showing RWBY off to a brand-new audience. And we can’t forget the completely unexpected BlazBlue Cross Tag Battle, which had team RWBY (and later Neo) battle BlazBlue, Persona and Under Night characters, not to mention an actual tank. While not exactly a fighting-game staple, Cross Tag is still recognized and has given us neat match-ups like Ruby and Yang winning the 2019 EVO finals!

Although SMITE and BlazBlue are much smaller than Fortnite, it still shows that collaborations like that are great, for both current and brand new fans.

Finally, to the last bit of news that sparked today’s article. Warner Bros. just announced a brand-new free-to-play platform brawler (think like Smash Bros. or Nick All-Stars) called Multiversus, which features a wide cast of completely unrelated characters from WB properties like DC, Steven Universe, Adventure Time, Looney Tunes and even Game of Thrones. Considering that Warner Media also owns Rooster Teeth, it’d be entirely possible for a character from RWBY to appear. While it doesn’t seem like they’ll make the initial roster, the developers are willing to expand the roster later down the line. Blake might not get into Fortnite, but she might make it to smack Ultra Instinct Shaggy in the face.

Oh, and the RWBY Twitter person couldn’t resist posting an another gif: