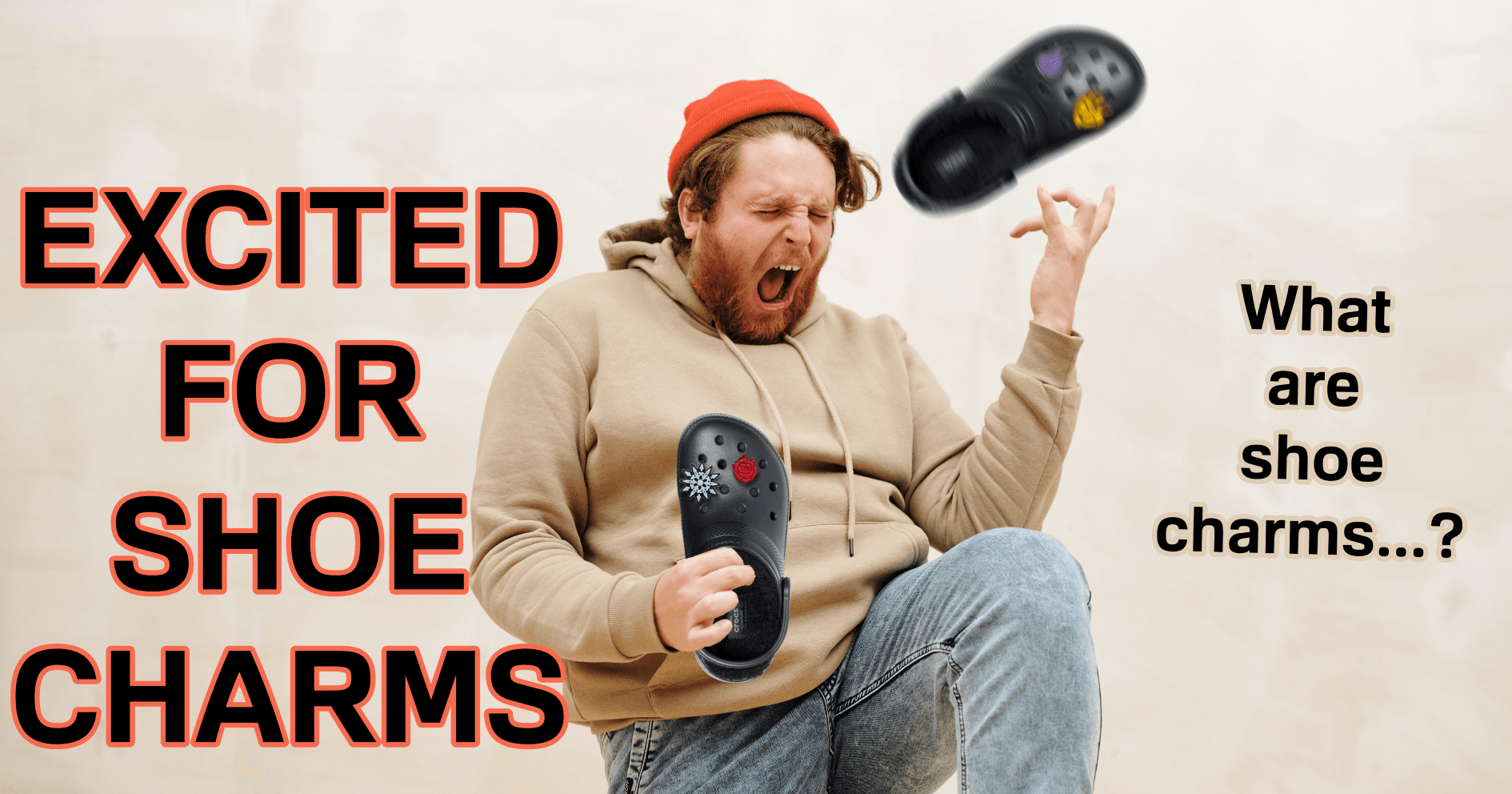 Bill Doug, a 27 year old business analyst, is extremely excited to buy the recently unveiled RWBY shoe charms. They are, surprisingly for many, including Bill himself, neat little rubber pins you can put onto your shoes. Being burdened with so much new knowledge does not seem to diminish Bill’s enthusiasm, however.

“Wow, this is the best thing since RT launched those Tiki Mugs and I learned what a Tiki was. That was cool and so are these shoe charms! I think to celebrate the occasion I’ll spend the next few hours googling what a shoe charm is.”

According to Bill’s above-average googling skills, a shoe charm is a fairly new type of accessory, typically added to shoes with easy access to multiple holes, like Crocs™. Bill let out an audible gasp after realizing that people still wear Crocs™ nowadays and that someone has invented a way to personalize them. Crocs (the company, not the shoe) have launched a line of accessories called Jibbitz™ that have varied designs and ways of attaching to the shoe, but are seemingly targeted towards a younger demographic.

Most of the Jibbitz™ are small, made of rubber and fairly overpriced for what is essentially a low-quality rubber keyring without the keyring. The different ways of attaching them are nice, as while the Originals comes with a rubber nib that can only be inserted into the Crocs™ holes, the Clip and Tie varieties can be used on the shoelace or some other part of the shoe, allowing you to use them even if your footwear isn’t primarily targeted for lower-income American retirees. Or at least that’s what Bill told us after looking for information on what did he just buy.

We don’t know for sure what attachment type are the RWBY charms as Rooster Teeth gracefully didn’t provide us with anything but white-bordered front-facing photos of the charms that might as well be the 3D mockups. Still, judging from what Bill found on Alibaba, a Chinese marketplace, all bootleg shoe charms are of the original variant, meaning they need at least a single Croc™ to even function. It would be wise to assume, then, that the charms by Rooster Teeth will also be of this cheap style, just cost a few times more than the off-brand Chinese ones.

After recovering from the shock of discovering an entire bustling Chinese marketplace on the internet, Bill compared prices. An average bootleg charm costs $0.50, a similar one sold in the states costs on average $2.00 and a typical Jibbitz™ costs $5.00, $3.49 if they’re on sale. The four-pack of RWBY charms costs $10.00, which ends up being $2.50, much to Bill’s astonishment. In truth, the RWBY charms aren’t that expensive compared to the brand. You get what you pay for – four small pieces of rubber that might attach to rubber shoes, making it slightly less comfortable for you to wear them but definitely letting you stand out from the rest of the kids in the third grade.

Bill was last seen ordering a new pair of Crocs™ and trying to clear “team rwby feet pics” from his search history.