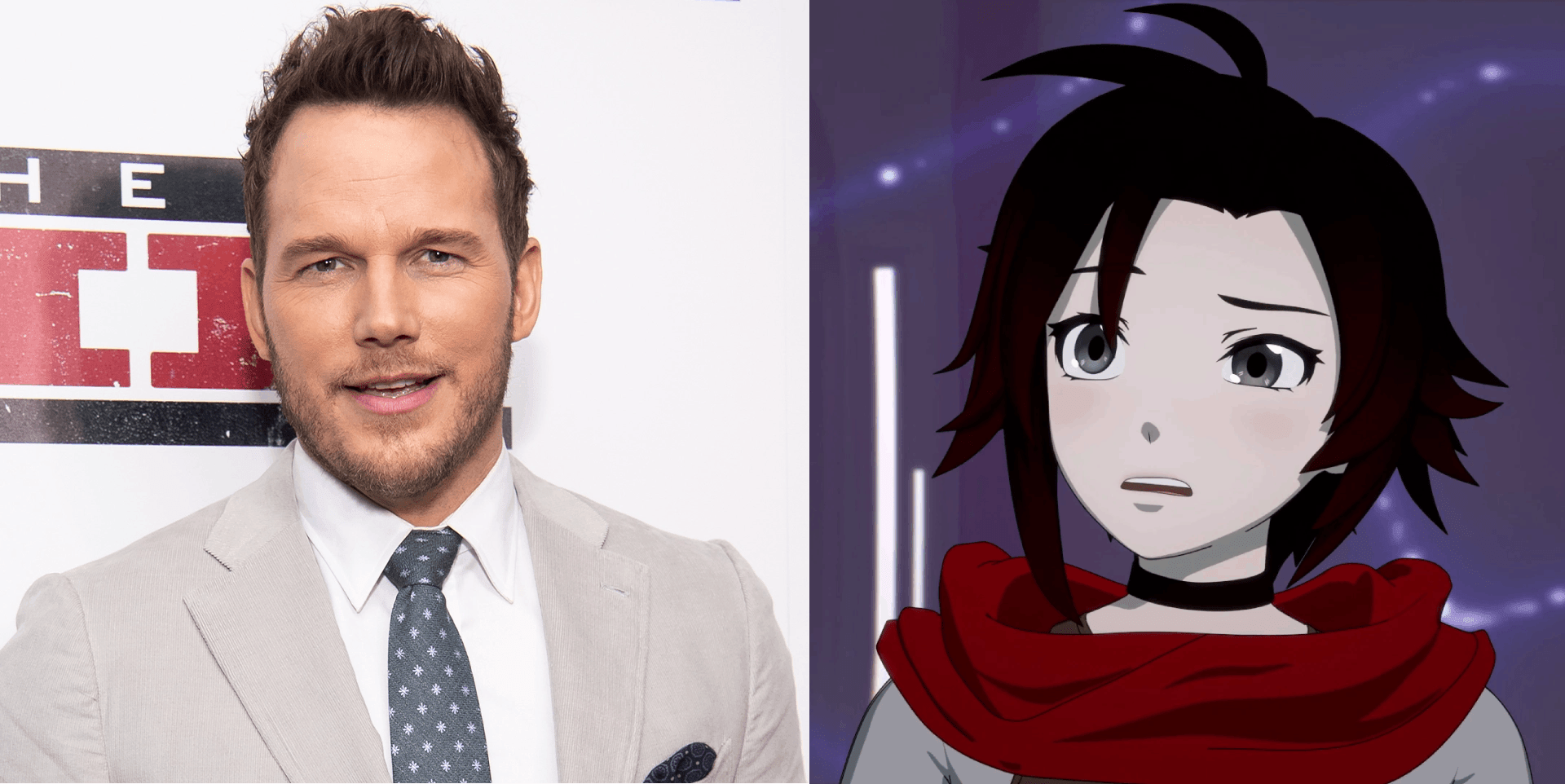 RoosterTeeth and Warner Bros. Pictures announced today a wild surprise for fans of RWBY and the show’s heroine Ruby Rose – the series is going to get a new feature-length animated movie, with actor Chris Pratt voicing the main character.

The news comes as quite a shock to fans, just a day after Ruby’s birthday. Chris Pratt is best known for his lead roles in the new Jurassic Park movies, Guardians of the Galaxy and, most importantly, Parks and Recreation. While Chris Pratt has less experience voicing animated characters, only really having done Lego Movie series and Onward, in recent days there have been quite a few statements from various studios that Chris Pratt will indeed voice the lead characters in their movies. The roles include Mario in Nintendo’s new Mario movie, Garfield in Sony’s new Garfield movie, Patrick Star in Paramount’s Patrick-focused Spongebob Squarepants movie and Freeza in a yet-unannounced Dragon Ball Freeza spin-off.

Fans were quick to express their shock and befuddlement, especially since Ruby Rose already has an iconic voice, provided by Lindsey Jones. RoosterTeeth’s decision to replace them as the voice behind the character could be attributed to studio’s hope of using Chris Pratt’s starpower to attract a move casual audience and possibly a master plan to flood every single animated movie with well-known actors with little voice-acting experience. Some fans expressed confusion why actress Ruby Rose wasn’t the one chosen to voice Ruby Rose, however, as others have pointed out, Ruby Rose (actress) doesn’t really get along with Warner Bros. after the whole Batwoman fiasco. It’s complicated.

Some fans are also criticizing the old and now deleted tweet by the actor in 2012, which you can see below.

While the strong language towards huntsmen, Vale and Faunus, with the last even receiving a slur, could seem like a good reason not to cast Chris Pratt to voice a huntress with Faunus friends, most people decided to ignore this tweet, given that it is almost ten years old and was allegedly written before RWBY was released. Speaking of social media, the Jurassic Park and Recreation star has calmed the show’s fans down on Instagram by recording an objectively-great impression of Ruby’s famous quotes “It’s also a gun!” and “ZWEI!!”.

We’ve reached out to RoosterTeeth for comments about the upcoming movie. Particularly, we were interested to hear where it would slot into the show’s timeline. Will it be an unlikely remake of the first three Volumes, a story set in-between volumes à la RWBY’s video-games, or will they continue the story in some way past Volume 8? A representative answered us plainly:

“It is no secret that RWBY draws great inspiration from Japanese culture, especially anime. By following the footsteps of some of the greatest anime in history, we too decided to make our feature-length movie a non-canon spin-off with none of the movie’s new characters or powers ever appearing in the show proper.”

For those who are wandering, this is real. I am the owner of Roosterteeth and Chris Pratt. The reason for why we chose Chris for the role is that we wanted to make trans-girls feel included. Also, Scarlet Johansen will voice Qrow.

Someone PLEASE cancel the movie!

Get someone else instead of Chris Pratt

If that is the case and you really want to address a sensitive matter gracefully, then why don’t you replace Weiss Schnee either instead?

I honestly can’t tell if some of you think this is real.

I’ve been watching Rooster Teeth since 2002, I own all RVB, RWBY, and RTAA on DVD. I will happily walk away from then forever is this is the move they are making to change RWBY.

I’d rather he voice crow and Scarlet can voice Ruby how would the current roles work?

Why Ruby?You have already great trans-girl May Marigold

Did you actually ask your audience what they wanted to look forward to or did you just completely roll all that out the window and try to put inclusion with a capital I… I get that it’s 2021 and everyone needs to start coming through a point of acceptance when you destroy characters like this without even a warning period. You’re going to get a lot of confused unattracted people

Seriously, it is like Rooster Teeth now knows how trash they are and thought if that is what they are, then they are going to own it and see how low they can go. The bar lowering is pretty much infinite at this point

You’re so stupid it hurts LOL, not only has it gone over your head dude, it’s orbiting around your head, and you *still* don’t get the joke.

Pretty sure this is a troll piece making fun of the fact that he got cast as mario and garfield despite them both having voice actores.

This showed up as a push notification and I have serious questions as to why, bUt let me tell you I am CACKLING. Bonus points for throwijg ScarJo in too.

Why tf would anyone want to watch a RWBY movie if the voice actors aren’t even the same? Why change the actors suddenly? Fans can tell the difference and idk about anyone else but when I hear a voice actor change it makes me lose all interest in the show (unless it’s for things like Qrow’s previous voice actor). Is it some quick cash grab because sorry but it’ll most likely flop

Some people actually think this is serious. I don’t know if I have anything clever to add.

The show hasn’t been good since season 3 anyways.

RWBY is awesome, if you don’t like the show don’t complain just don’t watch it.

This actually got posted as news by a news app I used.

How the hell did this show up in my Google feed… I’m not even mad I love Chris Pratt and Rwby! But when will they announce that Oscar is voiced by Dwayne Johnson??

I really hope this is a joke

PLEASE FOR THE LOVE OF GOD
SAY SIKE

I love RWBY and I subscribed to Roosterteeth just to watch it. I started with Red vs Blue, hell in highschool my friends called me Church. I don’t know if it’s right to change voice actors or actress. Just would not be the same if it was real amd I would never watch it.

Of course it’s not real. I’m honestly shocked by the number of people taking it seriously