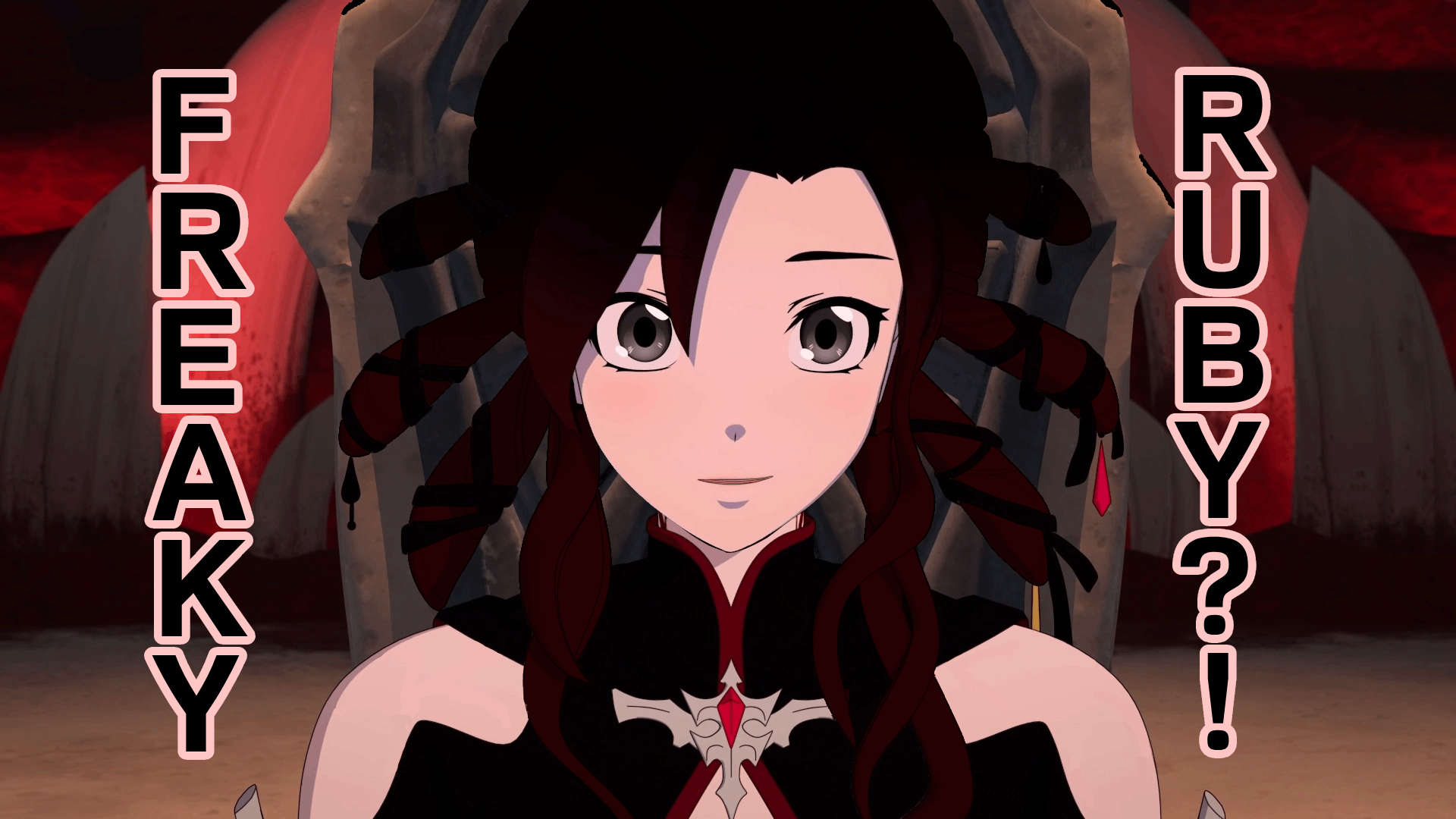 There have been leaks of talks between Rooster Teeth and Blumhouse Productions over the past weekend, including a potential RWBY version of ‘Freaky’, a film originally released in 2020. Fans are currently overreacting to it with complaints and hateful comments on Reddit, all for the reasons that you may not expect.

Eagle-eyed viewers have dug through social media posts online, where a known director and producer from Blumhouse Productions has been tweeting vague posts of an upcoming “Halloween special with a popular media franchise”. The post was retweeted by Rooster Teeth Animation before being deleted permanently almost immediately. In the director’s LinkedIn page, which has been scrubbed clean for clues by internet sleuths with the voracity of a hungry dachshund searching for the remains of a bratwurst that was eaten two days ago.

The director’s nephew, who also works in Blumhouse as an “assistant intern”, wrote on his LinkedIn profile that he is a writer for an upcoming unannounced project. Unfortunately for the nephew, he left his real name in one of his fics on AO3, a popular fanfiction website. By cross-referencing his works with Rooster Teeth frachises, we found only one result: a 60 page script of an animated movie called ‘Freaky: Grimm Awakening’. We couldn’t bother reading or linking the entire fic (it’s reviews in the comments aren’t favorable, to be honest), so here’s the synopsis:

Get prepared for the attack on Atlas once again as things get really Freaky in twenty four hours, with a twisted tale where Ruby Rose switches bodies with the Queen of Grimm herself, Salem.

Stabbed by the same mystical dagger as what the Butcher used in the original, Ruby and Salem wake in each other’s bodies. The legendary huntress has 24 hours to break into Atlas and get her body back, before their switch beomes permanent and she’s trapped in the form of a grimmified destroyer of Remnant forever. The only problem is General Ironwood aims to do everything to ruin her chances of success, while Salem blends in with the heroes, ready to cause disruption and grab the staff under their noses.

This led into a whirlpool of rumors and speculation, with some brave fans even reading the entire fic. Apparently, it includes more body steals of different characters and a host of crazy gags resulting in more deaths than Volume 8. This took both RWBY and cheap horror movie communities by storm every day, leading to more talks about Rooster Teeth’s quench for more crossover content than actually animating their original show.

It didn’t take long until the FNDM started to lambast these collaboration rumors apart. Comments online were saying that the special will be nothing more than a ‘petty cash grab of a film’s niche success’. The original film Freaky was, in fact, well received by film critics, as it received a 83% rating on Rotten Tomatoes, which is no wonder that there was more interest in taking the film further. At the time of the writing, the director of the film expressed more interest in continuing with Happy Death Day movies than with Freaky.

However, a majority of complaints were in fact directed at its lack of feasibility of its promised premise. Criticism ranges from Salem’s agency, to the ridiculousness of her getting to the heroes and killing before collecting the staff. The most popular one of them all is about Cinder and Penny being a better fit for this sort body-swap experience, since it would have been a better opportunity for Cinder to use the mystical knife on Penny and use her body to steal the relic. It received plenty of upvotes on that post.

“It would make total sense for Cinder to take Penny’s body instead,” the original poster said, whose name is not given to protect the innocent. “She would fly straight for the chamber and grab the staff, before she gets killed in her body due to Watts’ virus. Then Penny would have her human body without her maiden powers, and Salem would get the staff. The fact that my idea that I wrote at 3 AM while stoned is much better is proof that this collaboration will be nothing more than just a meaningless cash grab!”

Surprisingly the post later received plenty of negative comments, lecturing the original poster about plot holes and misunderstanding the story. One of them said that Cinder is not stupid enough to go straight for the staff, when she should kill Watts instead*.

Blumhouse Productions have surprisingly responded to the leaks, saying they have spoken to Rooster Teeth about a potential Halloween special, but a Freaky special wasn’t in talks at all. They have also confirmed that an idea was pitched to create a horror movie with staff from Achievement Hunter, including Gavin Free and Joe Lee. It would be about them running around in a Texas farm, trying to hide away from a CG-Salem, which is likely going to represent the Ghost of Sudden Unemployment.