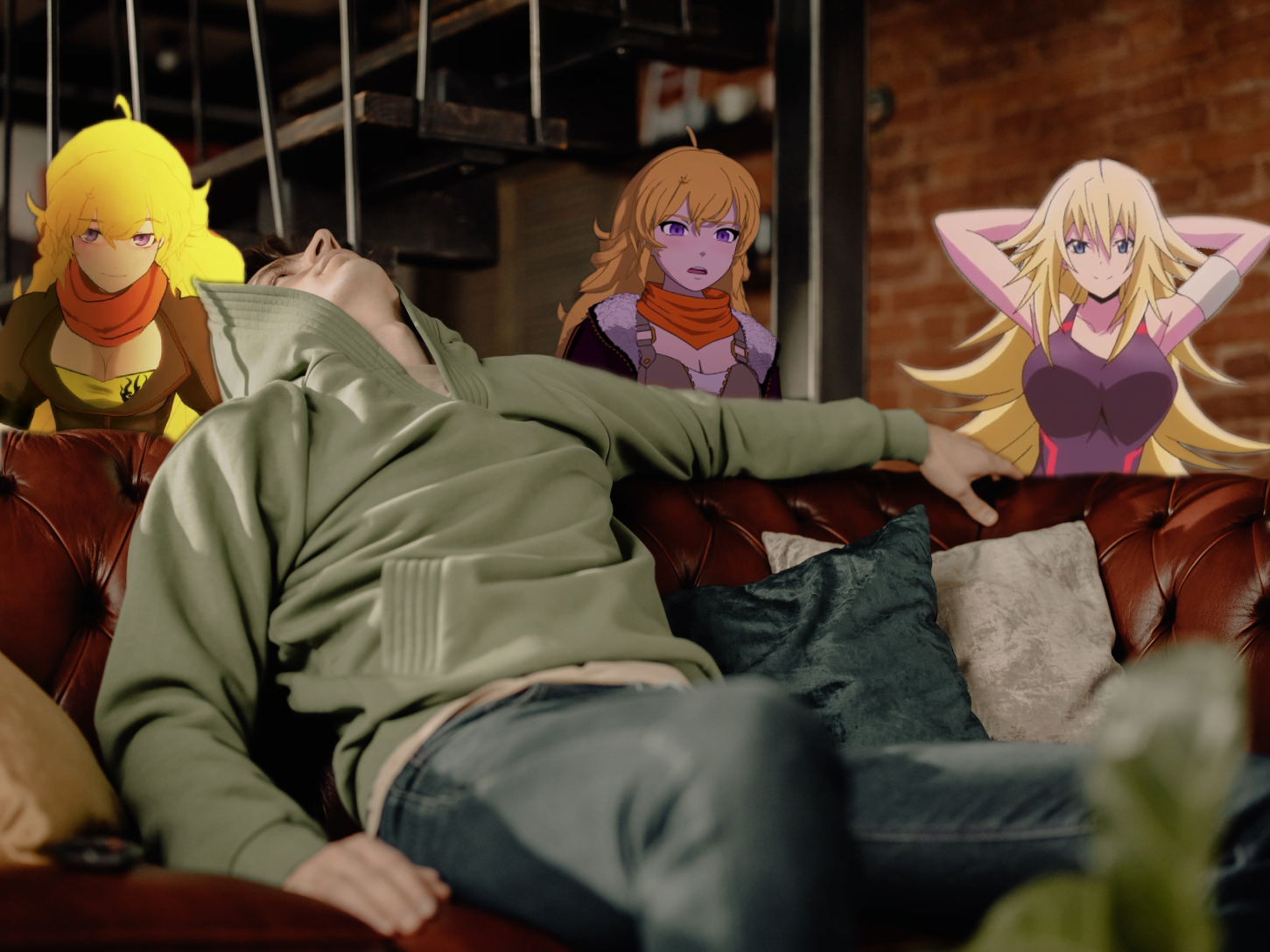 Anime profile picture owner and lapsed RWBY fan Keith Mills admitted today that he used to like Yang Xiao Long before she was “ruined” by meaningful character development and relationships later on in the series.

“Yeah, I used to like Yang before I dropped RWBY. I mean she was cool and spunky and had that energy, you know? After that guy cut her arm off she became mopey and boring. That’s basically why I dropped the show in the first place.”

When asked how he would have preferred the show deal with a main character losing a limb, Keith shrugged. “Well they didn’t have to make her this sad and crying all the time. Someone cut your arm off, big deal! I got kicked in the nards once but I didn’t sob for more than three days. Feels to me like they made Yang a whimp. Not to mention they made her outfit stupid!”

After unlocking his phone and briefly flashing a background photo involving several scantily-clad anime girls, Keith swiped through several hundred of similar photos stored on his phone until he found Yang in Episode 2 of the show, with her chest displayed in the center of the screen.

“Look, that’s peak character design, right? And what do they do to her in season four? They give her a stupid tank-top! They nerfed her!”

When asked if this contempt for post-Volume 4 Yang stems from her slightly less revealing wardrobe, Keith immediately changed the subject: “No, listen, they messed up her character too, like I heard she begins dating Blake later in the show. That’s like a massive retcon, since Blake and Yang barely talked and Yang said she was into guys so what gives?!” Keith, being oblivious to the existence of bisexual people, was referencing a joke line in the very same Episode 2 of the show, which proves Yang’s sexuality about as much as an average RWBY fan is certain about theirs.

We finally asked Keith about his anime profile picture, which displays what looks like Yang Xiao Long in a 2D art style. “Oh, that’s not Yang! When I dropped the show in season 4, I turned to Keijo and now Mio Kusakai is my new favorite character. Unlike Yang, she doesn’t go through an emo phase or lose an arm. Basically she’s a way better Yang.”

After being confronted that the only reason he prefers Mio is the fact that she is in a show about young women competing in a water sport only using their breasts and buttocks, Keith finally relented. “Well, there’s nothing wrong with having an appealing character design. That’s what I like about Mio Kusakai – the only flat thing about her is her character arc. It makes it easier to objectify her.”