As Viewership Increases, RWBY Ozcars Set to Overtake Oscars by 2025 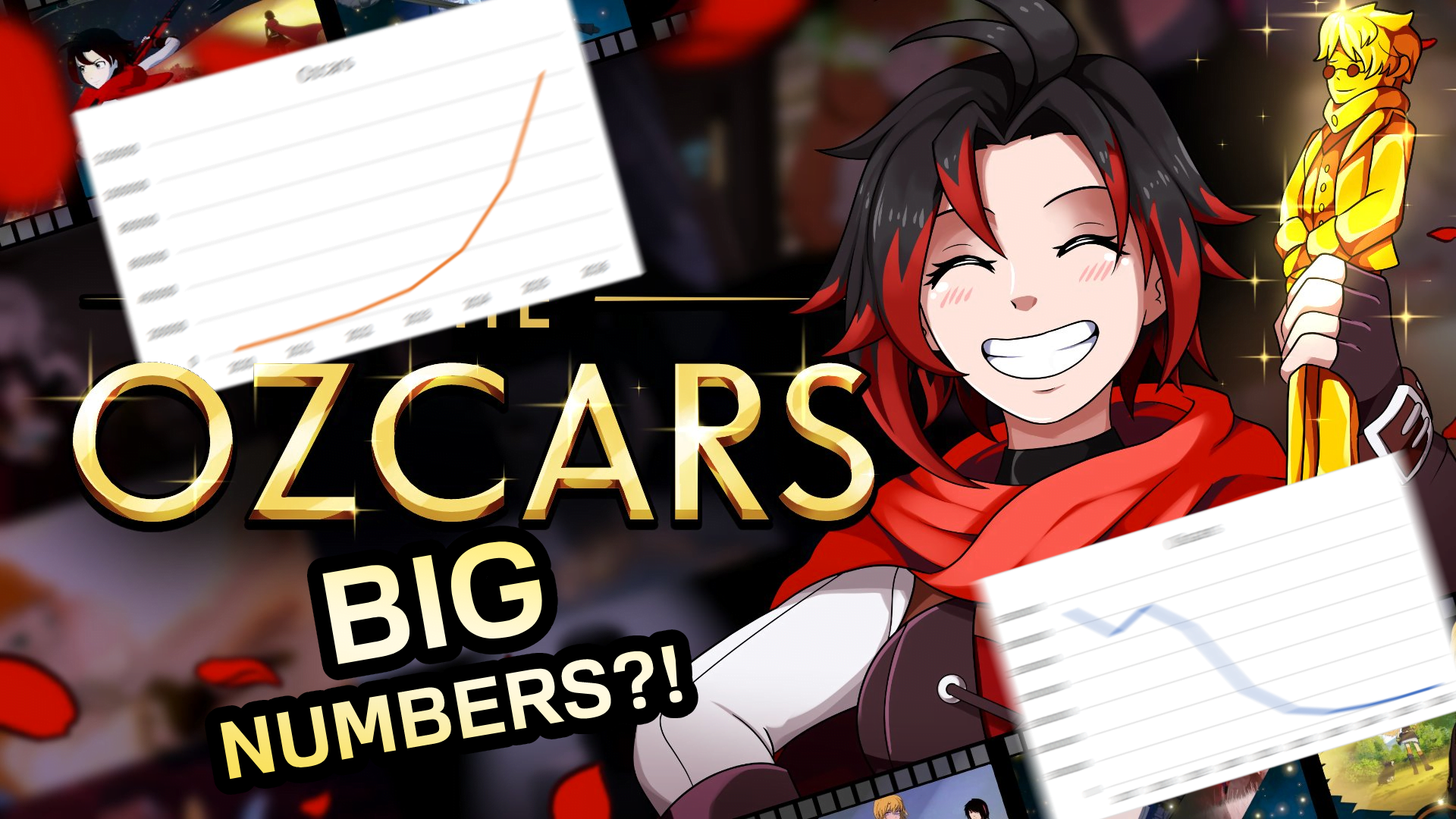 Yesterday known content creators in the RWBY community MurderOfBirds and Calxiyn have premiered the widely anticipated RWBY Volume 8 Awards Ceremony, cleverly titled as the Ozcars. The Ozcars are a product of hard labor for over 6 months, according to MurderOfBirds, which definitely shows – it’s over 2,3 hours long, had 19 different presenters and presenter teams and a whopping 29 categories, meaning over a 140 nominees. The categories presented included all the clear choices like “Best Actor/Actress in a Leading/Supporting Role”, “Best Episode Score”, “Best Fight” and “Best Episode”, but also included some fun choices like “Best Meme”, “Best Twist” and even “Best Merchandise”. We will not be spoiling the winners of the ceremony in our article, but we will recommend you watch the ceremony yourself – it’s a treat. Oh, and we will also be looking into the clear decline of the Academy Awards Ceremony – the Oscars.

Viewership for the Oscars has been somewhat consistent up until 2014, after which it started declining. A breaking point came in 2020, with an all-time low in viewership and a sharp 20% decline. To make matters worse for the Academy, the next year was much worse still, with a further 58% decrease in viewers – a mere 9.85 million, compared to 2020’s 23.6 and 2019’s 29.6 million. There are multiple reasons for the decline, of course. The Academy largely consists of old white men that fail to grab the younger and more diverse demographic. The Awards favor movies that have a specific ‘artistic’ style and rarely do well in the box office showing lack of understanding of what the people think. The pandemic has effectively stopped cinema, making in-home-streaming much more popular than before. These are fine reasons, but not the reason.

The real reason why the viewership for the Oscars declined is simple – a far better replacement came along. After all, it is no mere correlation that right when the Ozcars were announced, the Academy Awards viewership fell dramatically. The Ozcars features prominent RWBY content creators, instead of boring actors and TV personalities that constantly suck the air-time and the soul out of every project they’re in. The categories are way cooler too! Who cares about “Best Foreign Film” controversy (should it even be a category?) when the Ozcars have “Best Meme” and “Best Merch”, categories that will never be in the Academy Awards? And finally, instead of a bunch of old white dudes voting for the most artsy film, the winners of each category are decided by YOU. Okay, not you personally, but YOU, the entire RWBY FNDM. Or at least those in the FNDM that were bold enough to pick the winners for all 29 categories. You rock.

As you can see in this unbiased graph, the blue line of the Oscars keeps falling down every year by over 50%, while the orange line of the Ozcars continues to more than double its audience until finally overtaking the Academy Awards in the year 2025. It’s obvious that as long as the Ozcars are being held, we will all stop watching the far inferior Oscars.

We want to extend a hearty thank you to all the organizers, hosts and assisting personnel for creating a fantastic celebration of all things RWBY and we would like to congratulate the winners – members of CRWBY that worked tirelessly to make this unforgettable volume.