Eager but Poor Fan Gets Spoiled By RWBY’s Official Twitter 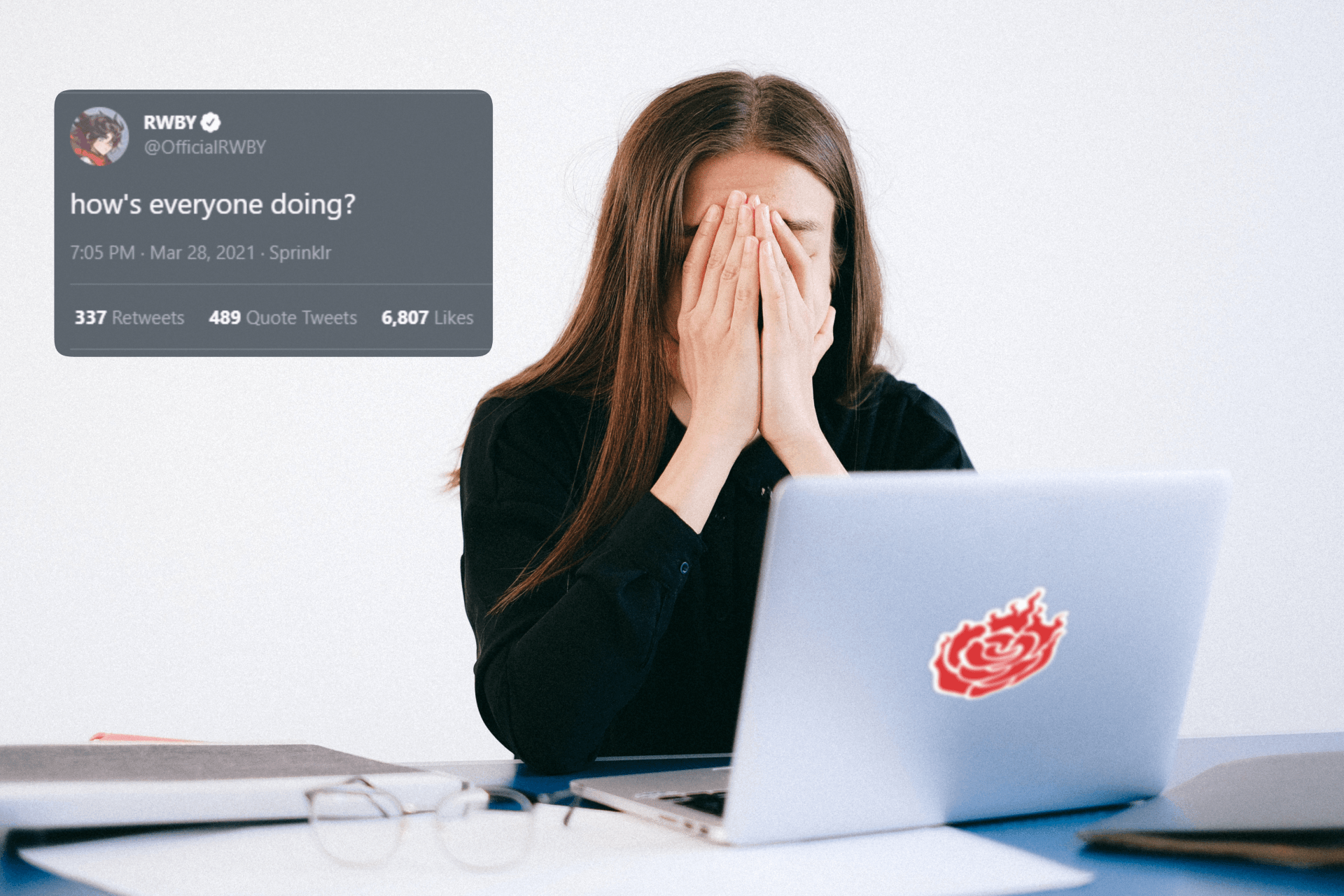 Leonora Tristen, a part-time worker at three fast food chains was mortified when the official RWBY Twitter account posted spoilers of the newest volume of the show two days before the episode aired to the public.

“I don’t know what’s real anymore…” Leonora said, sobbing. “I blocked #RWBY8, #RWBYV8, #RWBY8Spoilers #RWBYV8Spoilers, #RWBYVolume8Spoilers and a few others I had to invent… And all of those hashtags were blocked for nothing…” In a moment of vulnerability, Leonora broke down into tears.

“They just used an emoji and posted a spoiler! Not a single hashtag! They spoiled a major character appearing in the show, as well as the design! Why would they do something like that?!”

Leonora, working at three jobs, barely has any money to pay for her rent and student loans. Having to sustain herself with stale rice and discount bakery bread, Leonora’s only reprieve was to watch RWBY on Saturdays, her only day she is free from two of jobs. Obviously she could not afford a First membership or even internet, as she watched RWBY in the only COVID-defiant bar that had Wi-fi in her area.

After calming down, Leonora continued. “I haven’t been the same since. I eat even less, which although saves me some money, makes me occasionally faint in the workplace. My mom told me to see a therapist, but I can’t afford one! My only plan now is to take all the videos that the Twitter account posts and splice them together, so I can watch the episodes early…” After saying that, the young woman fell unconscious and we were asked by her manager to leave, as we were disrupting her work.

We attempted to ask the official RWBY Twitter account for comment, but in a pathetic display of cowardice, they turned off their DMs. What are they afraid of? Spoilers?