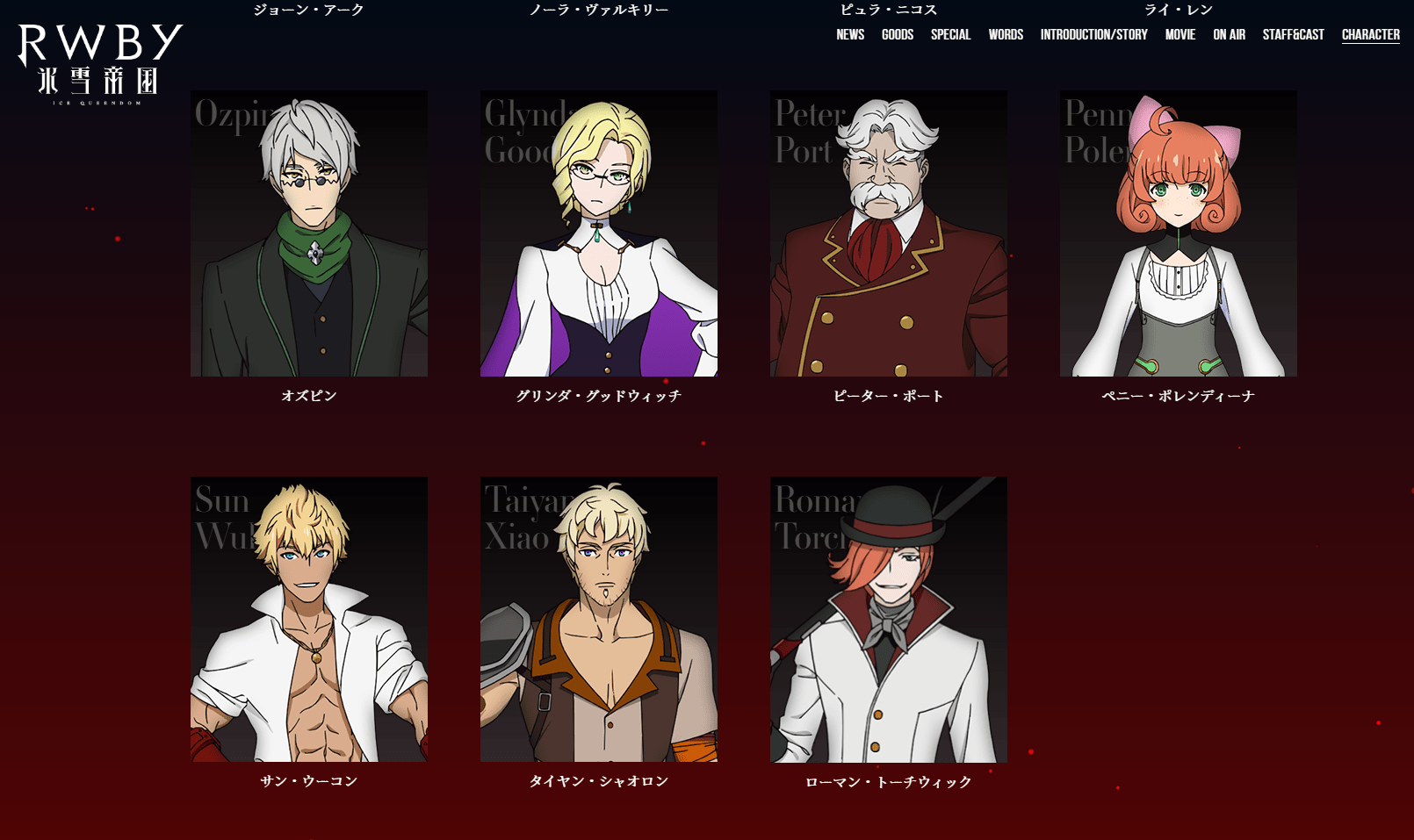 The release date for the upcoming RWBY spin-off RWBY: Ice Queendom has been unveiled by the show’s official Twitter account to be July 3rd. This date coincides with RTX Austin 2022’s final day. It is likely that the show will debut live at the convention, before being aired on Japanese TV stations TOKYO MX and BS11 at 10:30 PM and 11:30 PM respectively (Sunday 8:30 AM and 9:30 AM in Austin, Texas).

In addition, the character page for the official has also been updated with character designs for other characters that are to be featured in the show. The revealed designs largely unchanged from the show, contrasting the new designs for teams RWBY and JNPR. A notable absence is Cinder Fall, who took on the role of the primary antagonist in Volume 2. A more bewildering inclusion is Taiyang Xiao Long, who did not appear until the end of Volume 3. This is peculiar as it was confirmed that RWBY: Ice Queendom will use the Volumes 1 and 2 as a starting-off point for it’s own story.

Given Rooster Teeth Animation’s track record of rarely overlapping major animated works and the fact that the main show has never had an ongoing season at the same time as its spin-offs Chibi and Fairy Tales, it is safe to assume that RWBY Volume 9 will be releasing after Ice Queendom, which will be running weekly for a full anime season. If RWBY: Ice Queendom has a 12 episode weekly run and it will not overlap with the main show, we could see RWBY Volume 9 release on September 24th at the earliest.

For more information about the RWBY: Ice Queendom anime, read our other detailed article.

The RWBY: Ice Queendom show’s first free episodes will be shown early on June 24th. The Japanese-exclusive stream will be shown on Youtube and will not be available after June 26th. These episodes will also be shown in English on Crunchyroll and for FIRST members on the Roosterteeth website at the same date.

In addition, we now know the names for those preview episodes:

Episode 2: This is Beacon

From what we’ve gathered in our previous article, the first two episodes will summarize the plot of Volumes 1 and 2. The episode names further confirm this, as the Nightmare mentioned in Episode 3 is likely what sets off the Ice Queendom original storyline.

RoosterTeeth’s Geoff Yetter announced that the English dub of the show will be releasing sometime later. The show will no longer be available in simuldub. English-speaking fans will still be able to watch the show in English subtitles.