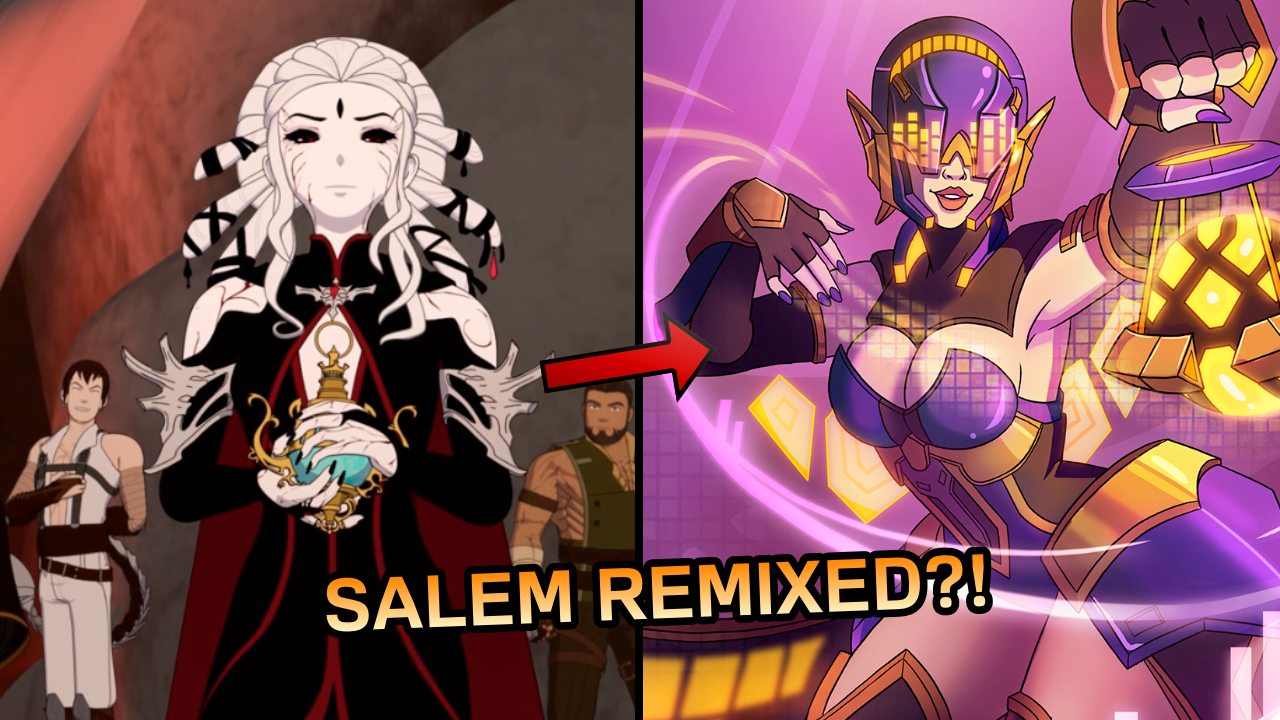 The end is nigh for the RWBY crossover pass featured in a video game called Paladins, which will finish at mid-August. A legion of fans across both communities have already started a petition for Salem, one of the villains from RWBY, to dress more like one of the healers from the game, Seris.

The character in question has a skin in the game that turns her into Salem, complete with a seer and a different set of voice lines. It’s no wonder that as stated on the site’s review that these two are the most similar in terms of mannerisms and abilities, despite the fact the Remnant’s selfish queen can actually heal a lot of wounds across countless games.

For such media like Paladins and RWBY, which both have a rather niche fanbase with very little outside reputation, they have really brought the communities together. Both the players of the game and the fans of the show are already learning more about each other’s lore, leading to questions why Qrow had to carry a realistic SMG to battle and Weiss not using a summoned pair of ice wings from her back all the time.

The fans wanted more however. They have requested for Salem to dress up in the similar style to Seris, so much so they have started a petition online. At the time of writing, it received more signatures from the Paladins community than those from RWBY’s fandom. It read that ‘Seris of one of the best dressed characters in the game’, suggesting that a youthful villainess like Salem needs a ‘refreshing’ look to her appearance.

A senior artist from RoosterTeeth, who wishes not to be named for certain reasons, had quickly responded to such demand. He drew concepts of how Salem would appear in Volume 10, including a midi skirt and a hood, her exposed belly button, and a lantern that holds a sigil of Grimm fluids. This was to ensure it fits well with the extreme heat in Vacuo.

When he received feedback from a selected group of fans, he was shocked to hear that they wanted Salem in a leotard or a loincloth, with more of her skin showing. The reference pictures they have provided featured skimpy skins for Seris, including Remix, Infernal and Jade Priestess. He then realised how much the related communities, and possibly the game’s developers, have favoured more lewd costumes over the rest.

“I appreciate a lot of creativity with those skins in that game,” he said. “But giving Salem a more skimpy outfit is more likely to cause more controversy with the intended audience and the company than to please the intimate desires for ‘fan service’. [CRWBY] have already rejected requests for body pillows and hot spa scenes, as we do not want RWBY to be filled with any suggestive material. This is a family show for crying out loud!”

That response alone did not quell their hopes for a SSS standard (Salem’s Seris Style), as the fans continue to campaign across different services. They are also creating fanart of RWBY characters dressed up in Paladins skin outfits every week, showing it’s possible that these outfits should be made for the show. They even begged for a reboot of the show in the style based on ‘Radiant Stars’ theme of the game. Then again they’re likely to be dismissed as mere ‘fan service’ from online communities, just like every other fandom with attractive characters.

A Salem skin for Seris is still available in Paladins at 800 crystals, so anyone can be a queen of destruction with ‘healing’ powers in the game. But those who prefer to see those smooth white thighs of hers would be better off spending that same amount on other revealing skins of Seris, including Cottontail. For now, skimpy outfits of Salem are best left in the darkest corners of the internet.