Feb 1, 2022 Japan, Team RWBY Project, The Emo Chick From That One Anime, Weiss 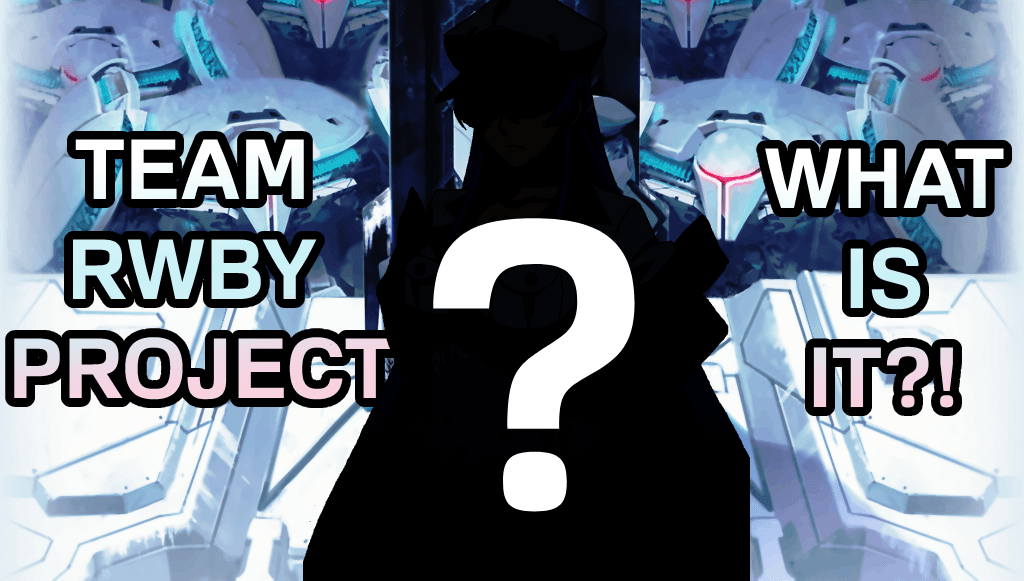 Yesterday the official RWBY Japan Twitter account surprised everyone with an announcement of an announcement… which turned out to be an announcement to a new… something. All we know is that it’s called Team RWBY Project and that it features a single piece of cool art. We also gift you with a high-quality full version of it here, if you don’t care about running out of data.

From the rapier, color scheme and general presence it’s clear that it’s Weiss. Or maybe Esdeath from the hilariously edgy 2014 anime Akame ga Kill. Either way, she’s an order-imposing rapier-wielding military-dressing throne-sitting lady surrounded by a bunch of robots. Oh and it’s the only thing we have from this annoucement. Or is it…? We’ll have to dig deeper into the clues surrounding this whole announcement to make out what is going on. Oh, and here’s an Esdeath in case the name isn’t too familiar.

Unprompted, yesterday the official RWBY Japan Twitter account teased a very special announcement. While the general speculation was somewhere along the lines of “Oh a new volume of the dub is going to launch”, a quick look at the account shows that there wasn’t a way for that to be the case. The Japanese dub of RWBY was actually finished for over a month now and the announcement was retweeted by quite a few notable accounts, like animators for Volume 9, Arryn Zech, the voice of Blake and the official RWBY Twitter account. It looked like it might be huge. Speculation went rampant, with most prominent theories fantasizing about a Volume 9 release date reveal. While it would be strange for the much smaller RWBY JP account to reveal such a big moment, the widely-agreed theory was that it might also have an announcement for a simul-dub, a practice where the same show launches at the same time in two different languages, something RWBY has never had. Exactly seventeen hours later, however, we learned that the announcement was something entirely brand new and unheard of.

Right now – we don’t know. We can, however, make some educated guesses with the extremely little information we’ve been given (like the official website) and the generous amount we can gather by looking into context clues. First… the name. It’s definitely not final, which gives us an idea on how early this project might really be. We know companies, especially Japanese ones, aren’t that averse to using tentative names as final ones. Look at Project Octopath Traveller by Square Enix, which simply dropped the Project in its name, or Project Triangle Strategy by Square Enix, which simply dropped… Hey wait a minute! Hopefully, we learn of the final name soon, because if it’s actually just Team RWBY it will be extremely confusing. More so than having your lead character and her team named the same. Speaking of Ruby’s team…

What’s up with Ice Queen over there?

It’s almost certain that it’s Weiss, like if we look above her, her throne has the Schnee sigil cut in half. She also appears to be older and definitely in a position of military power, most likely Atlas. The whole mood and tone of the art is also pretty bleak, compared to the positivity (with a few breaks) in the show. It’s clearly Weiss in Atlas, but not the same Weiss and Atlas that we already know. It looks like it’s set in an alternate universe. One that some of you might be very familiar with…

Bach Do, also known as Dishwasher1910, is a prominent artist that is also famous in the RWBY community. Apart from hauntingly captivating drawings and occasionally even predicting the future (check the dates, the art came before the episodes!), Dishwasher1910’s RWBY art is usually in one his two original alternate universes (AUs) – the RWBY Grimmverse, which is an creepy dark take on a Grimmified RWBY cast, and RWBY 3.0, which is a reimagining with cool style and advanced technology, with a whole bunch of bionic limbs. RWBY 3.0 is famous in particular, for having predicted (or even inspired!) Penny’s redesign in Volume 7. Dishwasher1910 eventually ended up working with Roosterteeth as a concept artist for Gen:LOCK and has even created promotional art for RWBY, like drawing Carmine for Amity Arena.

Now it’s clear why the Weiss we see and the Weiss in RWBY 3.0 are so obviously similar. Erm… Wait, they aren’t similar at all!

Sure, they both have a coat and a hat… But that’s pretty much it! Their color palettes are different (Project Weiss has no red on her whatsoever!), also the 3.0 Weiss carries a handgun and instead of stockings wears high boots but has no sleeves… If there was any inspiration, it seems to be incidental at best, especially since Dishwasher1910 himself has had no part in this project (thanks to /u/Kazehh on Reddit for the image!) It seems that the grim mood (heh) in the promotional picture, coupled with the theme of advanced technology and thoughts of alternate universes simply reminded people of a great artist. That, unfortunately, doesn’t bring us any close to finding out what Team RWBY Project actually is…

What other clues can we gather?

Erm… The CEO of Hololive (the biggest VTuber company) has followed the official Team RWBY Project Twitter…? He doesn’t follow too many people, so that might be a hint at something, though VTubers don’t seem to be at all related to this…

The website has… something. While we ignore how it fiercely battles with every browser I’ve tried to use it with, let’s take a look at the opening movie. It doesn’t like to work on phones and only works sometimes on my desktop, so I extracted it here, in all of its generic-named opening.mp4 glory.

It definitely isn’t impressive, to say the least – it’s just a bunch of Volume 1 screenshots (not even clips) behind a frankly obnoxious old-timey distortion filter. The website has a flashing-image transition as well, which features a few more screenshots of V1 scenes, distorted even more. This lack of any new visuals apart from the poster art is pretty concerning, but…

It wouldn’t be a hunch to say that whatever this is – it’s pretty big. We’re not talking about a niche mobile game that’s gonna close in a couple of years without fanfare (I’m so sorry, RWBY: Crystal Match), we’re going way bigger than that. The announcement was made in the anniversary of RWBY’s brilliant creator’s Monty Oum’s passing. The timing was definitely not coincidental, and neither is the consistent use of the phrase “inheriting the feeling” that is present in both the tweets of the official Team RWBY Project account and their website. Whatever it is, they are taking care to show well-earned respect to Monty and his legacy.

In the middle of writing this article, more news finally arrived 10 hours after the original announcement. Team RWBY Project will be showcased in the AnimeJapan expo on March 26th. The four voice actresses for team RWBY, Saori Hayami, Yoko Hikasa, Yu Shimamura, and Ami Koshimizu will also be present. There we should get all the answers we want about the mysterious Team RWBY Project. So that’s it? We just wait? Of course not – if you’ve been paying attention, it’s obvious what the secret Team RWBY Project is. Let’s recap…

Surprise announcement with little fanfare but on a special day and promoted by many officials sources points us to something that is important and big in scale, but overall niche. Something that’s targeted towards the RWBY fans of Japan, for example. The VA being connected to the project means that their voice will be incredibly important. Finally, it’s grand unveiling will be at an anime expo… We’re all on the same page? Good.

Just think about it! No visuals, strange marketing, alternate universe, important voices, “inheriting the feeling” (weird phrasing to use unless you’re talking about changing the form of media) – it all points to RWBY being turned into a spin-off radio drama1 for Japan, never to be translated or referenced again. Heck, even the VTubers now make sense – they’re famous for their voice and personalities, which could attract more people to the audio drama!

Huh, so this is what it probably feels like when you’re Japanese and your favorite anime gets a live-action Netflix adaptation2.

1 Radio drama or audio drama is a type of story historically broadcast over radio, but nowadays distributed to CDs. Usually they are spin-offs or side material of popular IPs. They are most popular in Japan.

2 Team RWBY Project is almost definitely going to turn out to be an anime with a miniscule chance that it could be something else like a mobile gacha game. I just wanted to call it in case it actually turns out to be a radio drama for whatever reason and feel the smartest RWBY fan ever…