The Story Behind the Death and Resurrection of RWBY Chibi 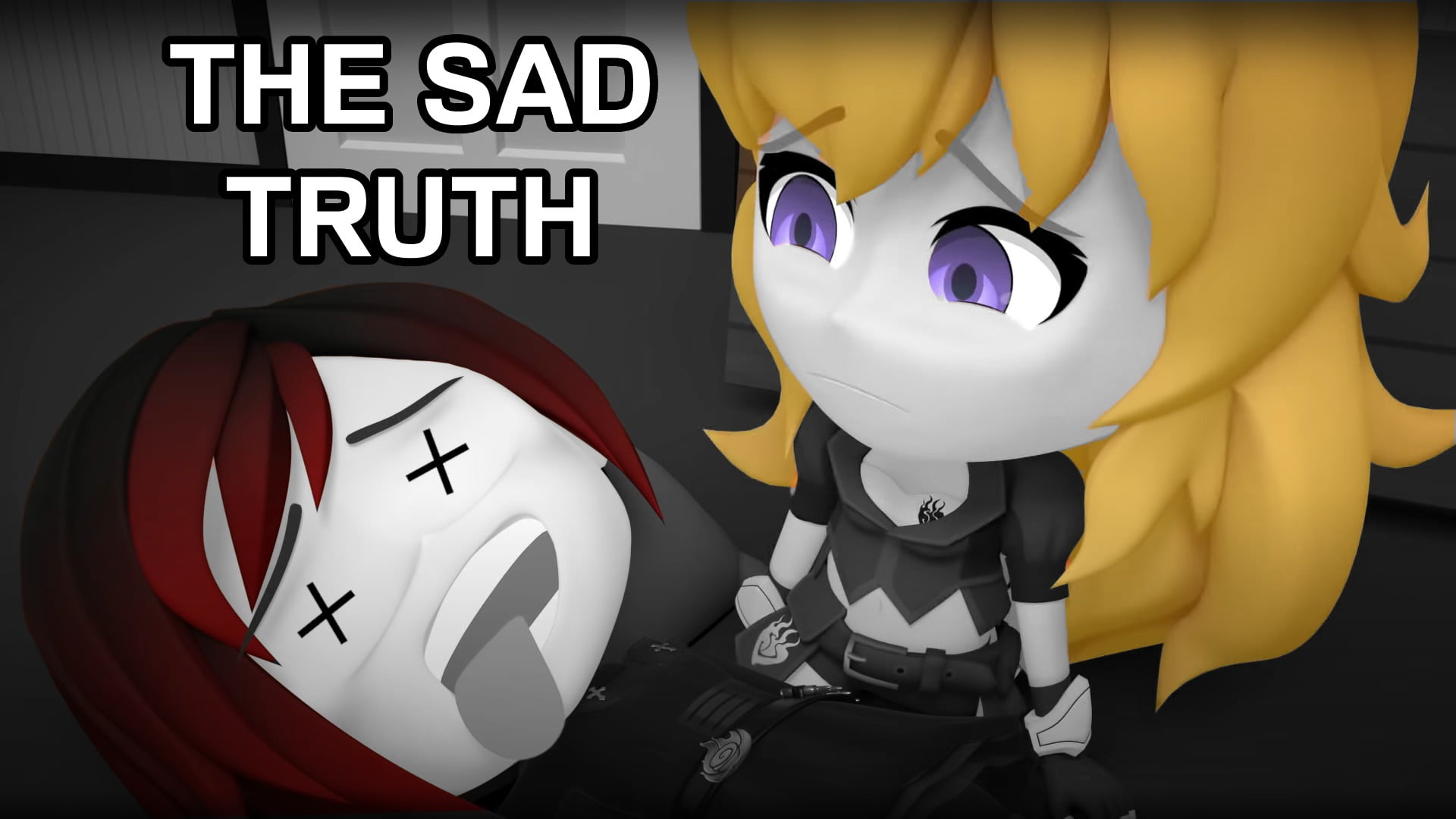 On May 13th Rooster Teeth showcased a trailer for Neon Konbini, an animated anthology coming out on May 27th that requires people to look up its spelling before writing about it. In the trailer, among many others featured, was a short clip of RWBY Chibi, which got many fans extremely excited about the prospect of telling everyone on social media how much they’re gonna watch it. But what happened to it and why are people so excited for chibi Coco?

The spin-off RWBY Chibi, featuring adorable and surprisingly-well-characterized versions of the cast of RWBY, particularly Volumes 1-3, had its final episode air on August 18, 2018, exactly 1000 days ago. This was quite the shock at the time, as the chibi version of Coco was teased for the then-ongoing season 3 of the show, only for her to never show up. The show’s ending was quite abrupt, as proved by the episode number – season 3 only had 16 instead of the regular 24. Rooster Teeth later explained that the reason why the show was put on hold was to better focus on RWBY, the main series.

Whether or not that was actually the case is up for debate. One of the more popular claims is that Gen:Lock, another show that was being produced by RT at the time, demanded the efforts of the people behind Chibi. In order to see if that is the case, I took it upon myself to cross-reference the cast and crew lists of both Gen:Lock and RWBY Chibi to find out if people behind Chibi contributed towards Gen:Lock.

And contribute they did. Out of 95 total (non-voice, directing or writing) credits that worked on RWBY Chibi only 19 had nothing to do with Gen:Lock. Now if we take a look at the studio leads that worked both on Chibi and Gen:Lock, quite a similar result can be seen. Producers Koen Wooten, Gray G. Haddock and Sean Murphy all produced all 8 episodes of Gen:Lock (with Gray also directing the show, as it is considered to be created by him). Editors Stan Lewis, Richard Norman and Connor Pickens all edited Gen:Lock (Connor Pickens is credited for 4 of the episodes). Lead sound designer Chris Kokkinos, rigging artists Giovanna Coutinho, Brian Eby and modeler Lee Loong Sam all worked on both Chibi and Gen:Lock as well. Andrea Caprotti, one of the lead animators for Chibi was also an animator for the entire run of Gen:Lock. This leaves the lead animator of Chibi, Paula Decanini as the odd person out, as she is credited as the lead animator for only two episodes of Gen:Lock. Further research, however, not only shows that Paula was also busy with the role of lead animator of RWBY, but also the two episodes she was the animator for were the final two of the season. While not concrete evidence of serious fire-fighting happening during the production of Gen:Lock, it does lend credence to the theory that Chibi was “sacrificed” so that Gen:Lock could even come out.

Another guess that people had was that Chibi wasn’t popular enough to keep around. After some calculations, I’ve come to the conclusion that comparing the views gained by the various animated series by Rooster Teeth isn’t a great representation of the overall popularity of any particular series – considering all of them launched and had final episodes at different points in time, simply comparing views is bound to favor older series. Some shows, like RWBY, don’t even have an actual presence on YouTube, so instead we will be comparing the Google Trends for various shows at the release weeks of their first and final episodes.

As you can see in the graph above, Chibi’s launch excitement was roughly equal to the popularity of Camp Camp, another cheerful RT’s animated show that you should definitely watch. Unlike Chibi, however, Camp Camp continued to sustain its momentum up until the season 3 finale (which confusingly was followed by two more episodes in season 3). Even Nomad of Nowhere’s finale garnered quite a lot of interest when compared to its first episode, while RWBY Chibi ended on a complete whimper. While it’s easy to blame the lack of engagement on fans or the show’s quality, Chibi fell the victim to a risky decision by Rooster Teeth. For the first half of season 3 FIRST members got new episodes a week earlier than non-FIRST members and the viewers on YouTube. After coming back from the midseason hiatus with season 3 episode 9 ‘Tea Party’, new episodes wouldn’t be put on YouTube for two months after the FIRST premiere. This significantly demolished interest in the show for the casual audience and Chibi’s popularity hasn’t recovered since.

It’s hard to say whether or not the declining viewership had anything to do with RWBY Chibi’s untimely cancellation, but if it did, it was only one of multiple factors. Gen:Lock’s expensive and time-consuming development, RT’s decision to push shows away from YouTube, as well as a direction for a more ‘focused’ RWBY experience (World of Remnant had it’s last episode over a year before RWBY Chibi’s demise) likely heavily contributed as well.

The direction for RWBY-adjacent shows, however, has changed significantly since then. We’re two seasons in RWBY: Grimm Campaign, a Dungeons & Dragons campaign set in the canon world of RWBY, while we’re also awaiting for the upcoming RWBY: Fairytales of Remnant show. Now, with Neon Konbini seemingly opening up the door for more casual animated series, the upcoming 8 episodes with Chibi Coco are a welcome sight. The conclusion to Chibi’s infamous season 3 might be 1000 days late, but it’s certainly better than never.