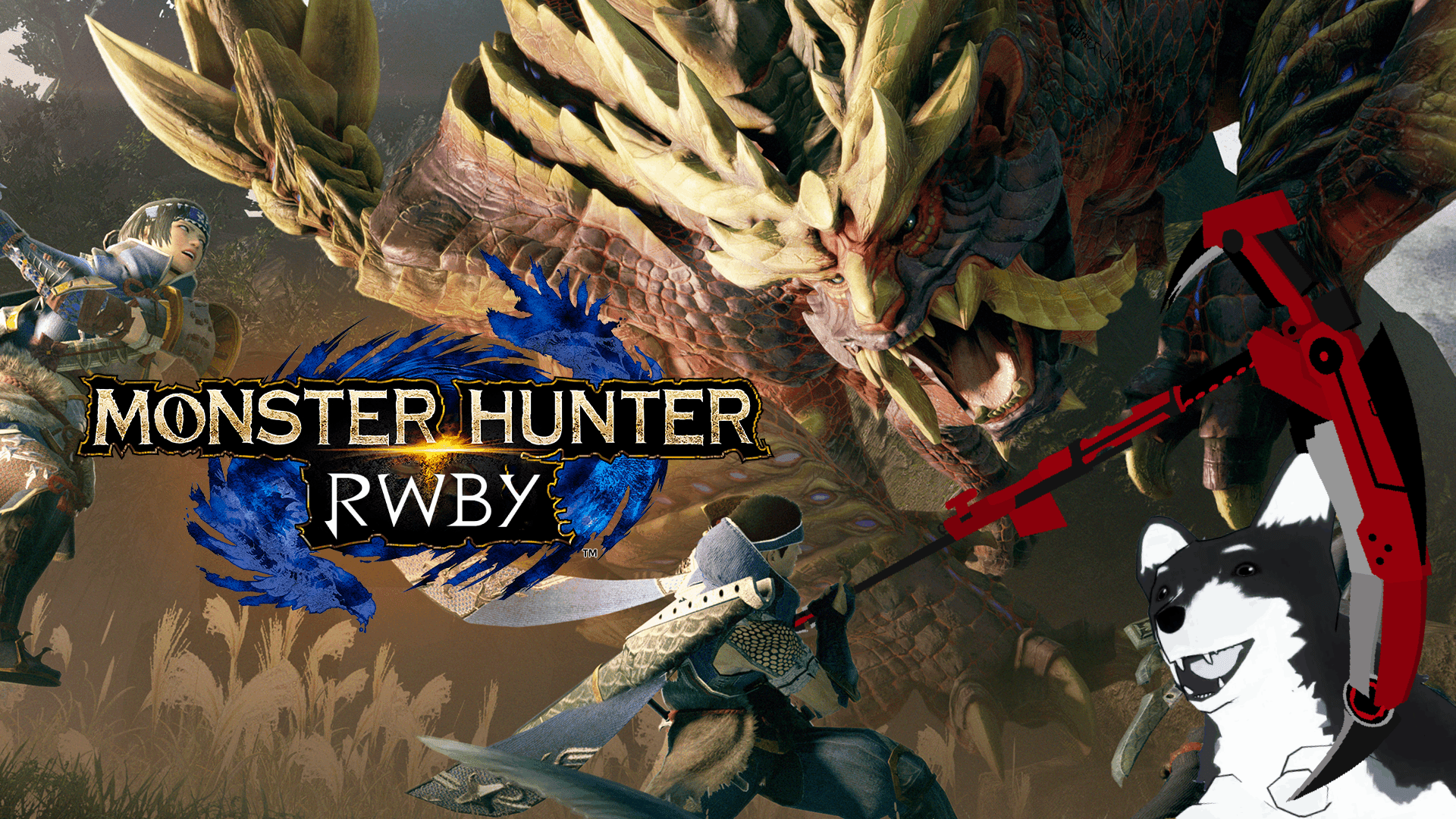 Once the hiatus begins, I often find myself struggling to find new and engaging RWBY content. I was just about to start posting fruit with the characters’ faces on them, when I noticed that the Japanese video-game giant Capcom released a massive new game based on my favorite franchise – RWBY! Me and over 5 million other players have sunk hours into it and enjoyed every moment wielding fantastical transforming weaponry and battling gigantic Grimm, but I was left slightly confused – for some reason the name RWBY doesn’t come up once during the entire game! I decided to dig deeper to find out why.

The strangely named Monster Hunter Rise has players create their own huntsman or huntress and slay massive beasts invading the village of Kamura. The game features an original supporting cast, while fan favorite characters from RWBY are all playable thanks to the in-depth character creator. The story was written just for this game and, as is customary for video game tie-ins, is not canon to the show, but features the Mistral setting seen in Volumes 4 and 5, and even the Grimm Campaign series. I don’t want to spoil much, but rest assured that fan favorite Grimm like the Urza or the Wyvern can be fought in the game, just with different names, like Arzoros and Rathalos.

As mentioned before, the character creator allows players to easily play as both their original huntsman/huntress or battle Grimm as heroes from the show, like Ruby, Weiss and Yang. Zwei is also in the game, as a player companion inexplicably named Palamute. If you’re curious about the absence of Blake – fear not! Blake is definitely in the game, however, the developers decided it would be best for her to be turned completely into a cat and renamed into Palico. She also talks a lot more.

The new RWBY video game has been a massive hit with the players, as Monster Hunter Rise sold over 5 million copies in its first week. It’s very likely that this number would have tripled, if Capcom did not make a mistake and include the name RWBY into their game. Or was it intentional…?

Sources close to Capcom have told me over Discord that the reason why the names of all characters, monsters and even the game itself were changed was because of a dispute between Rooster Teeth and Capcom. Supposedly, the deal between the companies fell through in the last minute and Capcom, who could in no way afford to pay a premium to buy the RWBY license, decided to not waste the effort put into making the game, which originally had the name RWBY: Grimm Huntress Ascend. The solution was to simply rename everything, pretending that it was their new and original IP in the first place.

Additionally, to not infringe on RT’s copyright, some additional changes were made. No longer can different weapons be infused with elemental Dust, now some weapons just have elemental powers. Locations like Vacuo Desert and Solitas Outskirts were renamed to Sandy Plains and Frost Islands. Finally, having every weapon also be a gun would have made things too obvious, so they removed that from most weapon types, while leaving a cheeky reference to fans – the gunlance.