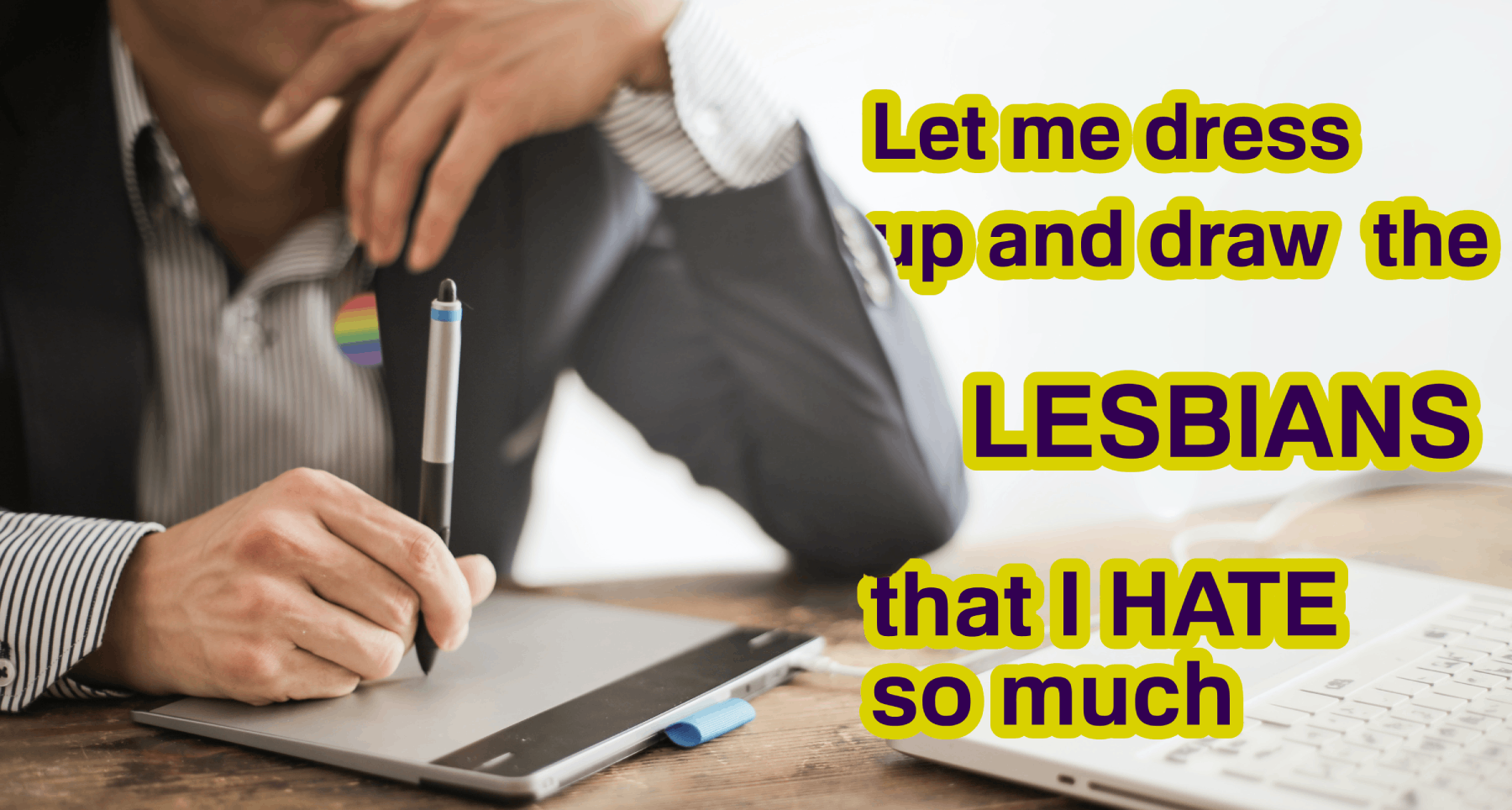 Known community member and rabid Bumbleby (Blake and Yang) shipper Abe Homooph, better known by his screen name aBY_Homooph, recently posted a series of tweets that sparked a large debate among the community, most of which unanimously realized he’s kind of an asshole. Unfortunately, the account is now completely deleted and nobody out of several thousand people commenting or quote-tweeting on Abe’s posts decided to do a single screenshot. Since our graphic-design intern is on leave, this was the best artistic interpretation I could do.

Of the ~14 thousand followers, the vast majority of the fanbase Abe has previously accrued were because of his commissioned fanart of Bumbleby or the maintenance of his Bumbleby fan website, unfortunately named whiterose.com. Both the account and the website are no longer available.

(Editor’s note: it does appear that Abe has previously contacted bumbleby.com for a domain name swap, but regrettably all of his messages went to spam and were unseen)

Immediately after the tweet was sent, Abe was viciously assaulted by dozens of disappointed fans and thousands of members of the community that had nothing better to do for ten minutes. Although most sent vicious messages like “???” and “why you say that now tho“, some tried explaining in a reasonable fashion that just by saying you don’t support a marginalized community could actually be doing harm to them, especially if most of your followers belong or actively support that group.

Abe doubled down, answering a long-time fan’s question of “but you draw bumbleby bro, they’re kinda lgbt?” with a resolute “is fictional lesbions, so is ok“. Finally, after some more prominent community members, artists and birds tried to engage in conversation, Abe wrote something really nasty I didn’t catch and promptly deactivated his account, deleting the tweets.

This all comes as a shock to aBY_Homooph fans and followers, since he primarily posted drawings of Blake and Yang being total lesbians (including giving birth to their child!), with some interspersed images of his original characters that barely got any attention. Surprisingly, this entire outburst was seemingly completely unprompted. To add more confusion to the drama, longtime fans claim that Abe used to say he himself was a part of the LGBT. Other veteran supporters of Abe’s work also claim that all of this might have been a misunderstanding that was lost in translation. Abe, being not a native English speaker, simply could have meant something completely different, given that he is from the faraway land of Quebec, Canada.