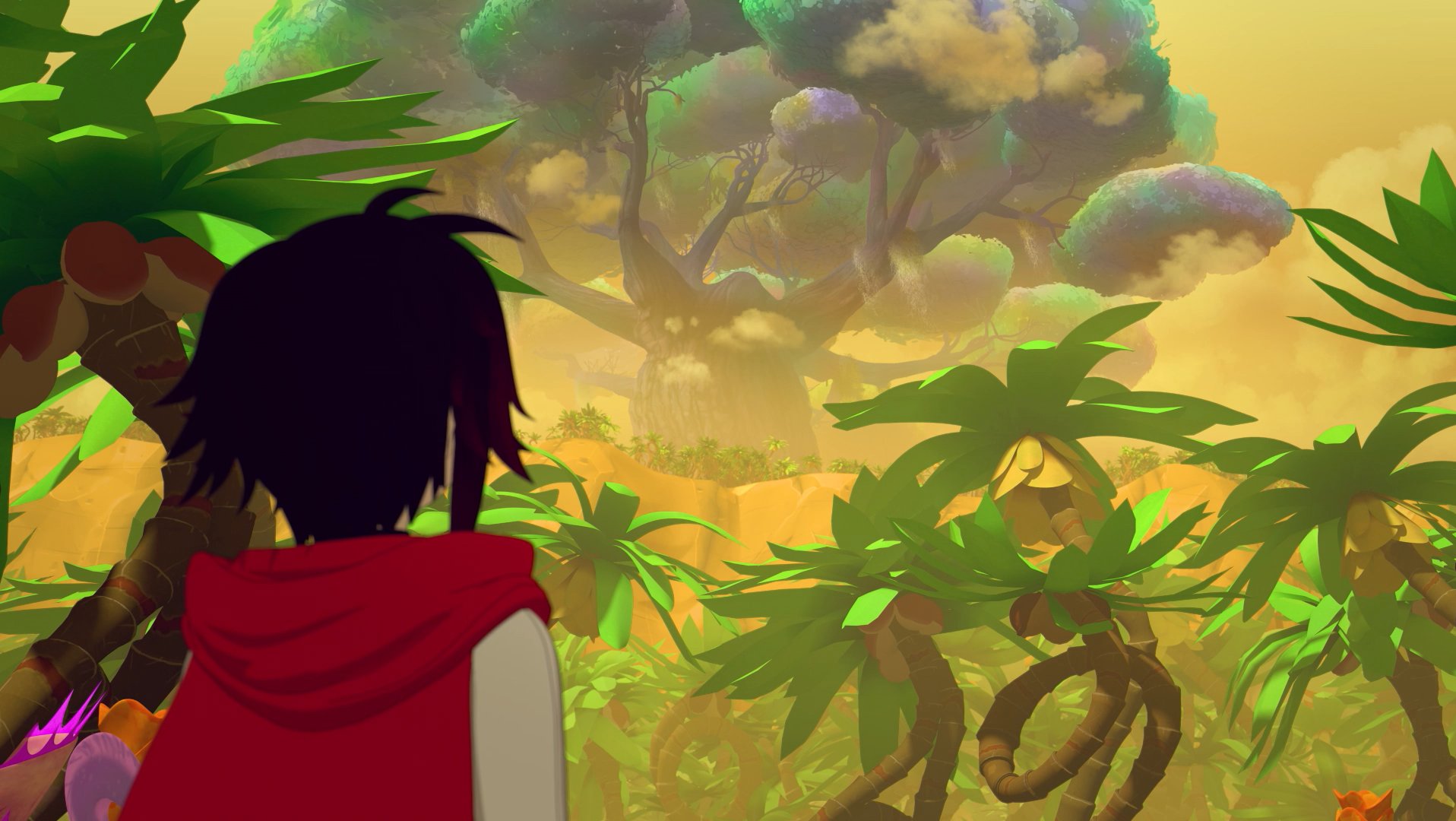 The official RWBY Twitter posted a previously-unseen screenshot of RWBY Volume 9, featuring Ruby in a fantastical jungle. The account then stated that further news on Volume 9 will be unveiled in RTX Austin, happening on July 1st to 3rd.

This effectively means that Volume 9 will not be released before July. This would make it fall in line with previous Volume releases, as the first episode of the new Volume is often premiered at the event, with the official Volume release beginning in the Fall. The obvious difference this time is the fact that Volume 9 will be ‘skipping’ a whole year, a first for the series. The last episode of Volume 8 released on March 27th, 2021, 441 days ago at the time of writing.